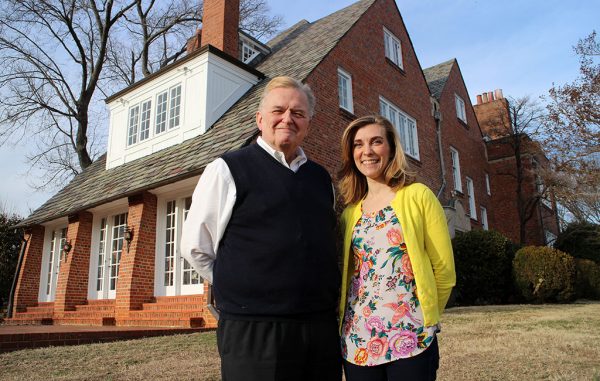 The 7,500-square-foot Tudor Revival home was put on the market Tuesday with an asking price of $2.59 million. Thompson listed the home for owner Craig McGhee, who has lived there since purchasing it in 1999 with his late wife, Annette Booker McGhee, who died in 2016.

Craig McGhee, who has worked for New York publishing houses Simon & Schuster and Holt, Rinehart and Winston, said he and Annette, an educator and local volunteer and philanthropist, had been thinking about downsizing after years of hosting parties and filling the house with art and antiques collected in travels overseas.

“It’s just a lot of space,” McGhee said of the three-story house, which was designed by Duncan Lee, a noted Richmond architect.

“My wife liked it because it was a Duncan Lee, and since she was a collector of art and antiques, she would sell from our home,” McGhee said, adding that their favorite feature was its view of the James River between the Boulevard “Nickel” Bridge and the James River Railway Bridge.

“My wife’s from Gloucester, her family has always had a house on the North River. She grew up with that (view) as a child,” McGhee said.

Totaling six bedrooms and 5½ bathrooms, the home includes a foyer with 12-foot ceilings, a grand hall with floor-to-ceiling cabinetry, a library, and a sunroom facing the river.

The second floor includes a master bedroom with sitting room, fireplace, dual bathrooms and a river-view office, as well as three additional bedrooms and two bathrooms.

The home’s basement has 3,000 square feet of unfinished space. A detached garage is included on the 1.3-acre property, subdivided from the home’s original 20-acre tract when the adjacent Kanawha Trace condos were developed in the 1980s. 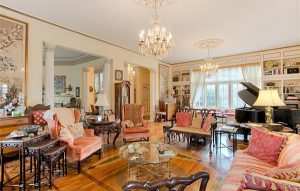 Constructed in 1920, the house was built for John and Clara Brockenbrough, according to the National Register of Historic Places. Named after Clara’s ancestral home in Ireland, Doolough Lodge was built just downhill from the Carillon and nearby Carillon Place, where new homes recently were added to the neighborhood.

With a team that includes two agents, a business manager and a third agent who she said is slated to join them next month, Thompson is setting up her brokerage at 4803 Forest Hill Ave., in a retail strip that also houses Maldini’s Ristorante, International Hair Salon and Outpost Richmond bike shop. River Fox is taking the end-space that previously housed Oriental Food Store & Gift Shop, which closed in 2016.

Thompson said she signed a multi-year lease with the property’s landlord, which is tied to Maldini’s. She said her team is working remotely while the space is built out, a process she expects to wrap up in a few months.

“We really loved the fact that we were leasing it from a landlord that’s very present and invested in this commercial spot of Forest Hill,” Thompson said. “I live right around the corner, I’ve been a longtime Forest Hill resident, so it’s amazing to be able to live and work and invest in the neighborhood and be part of that revitalization.”

Adding to her team is husband Willy Thompson, a former City of Richmond planner who now works with fellow planning department alum and One South agent Lory Markham at her consulting firm, Markham Planning. Alexis said Willy is getting his real estate license and, while he won’t be selling homes, will serve River Fox as a consultant.

“They’re doing consulting for developers, which is a really neat dovetail into my business,” she said. “He can be that resource for my clients, because I do have developer clients, builder clients, so it’s nice to have that expertise in house.”

Thompson worked with local design firm Torx Media on the logo and branding for River Fox, a name she said is meant to evoke Richmond and a fast-service brokerage. 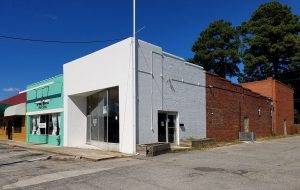 A lifelong Richmonder with degrees from JMU and a Mini MBA from the University of Richmond, Thompson said she enjoyed her time at One South but always planned to get her broker’s license after three years – the length of time she said One South requires of agents before they can do so.

“These past few years have been really great for my business,” Thompson said. “The timing was faster than I expected, but it’s been perfect.”

River Fox starts out with five active listings and has one under contract in Chesterfield’s Rountree community. Thompson said she expects the number of listings to reach a dozen in coming weeks as other clients list homes heading into spring.

She said her team last year, consisting of herself and another agent, sold about 68 properties totaling $19.7 million in sales. Her listings with One South included a five-unit addition to the Overlook Condominiums on Oregon Hill.

While she sees River Fox growing over time, Thompson said she’d allow it to grow only so much.

“I don’t see the brokerage being much larger than 20 agents,” she said.

Doolough Lodge isn’t the only century-old riverfront mansion on the market. Just upriver on the other side of Powhite Parkway, the 10,000-square-foot Rothesay mansion was listed last year for $4.2 million. The Tudor-style mansion is under contract to be purchased after dropping in price to $3.9 million.

Congratulations on the new venture Alexis!

Way to go, Alexis! No doubt the McGhees will be pleased with their decision to list with you.

Congratulations, Alexis! You will love working with Craig. Wishing you the best in your new ventures!!