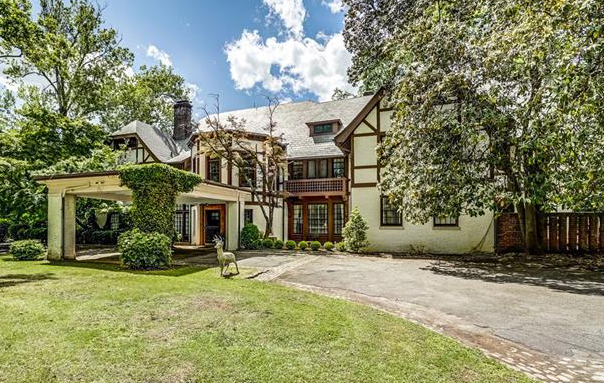 A mystery buyer snagged the top area home sale in February with the purchase of one of metro Richmond’s priciest listings.

The nearly 10,000-square-foot Rothesay mansion at 1234 Rothesay Circle sold Feb. 28 for $3.7 million, below its latest list price of $3.97 million, according to the Central Virginia Regional Multiple Listing Service.

The 8-acre estate overlooking the James River initially was listed last May for $4.2 million. The asking price was reduced in September.

The sellers were George and Anne Anderson, who are downsizing after living at Rothesay most of their lives. George Anderson is the former longtime head of his family’s business, Anderson Strudwick, a local brokerage firm that was sold in 2011.

The Steele Group handled both sides of the transaction, with fellow agent Maria Brent representing the buyer.

Adamson said the buyer is local and wants to remain anonymous. He said the buyer plans to renovate and restore the Tudor-style mansion, which was built in 1913 by Jonathan Bryan, brother of newspaper publisher John Stewart Bryan.

“They intend to completely bring it back to its old splendor,” Adamson said of the new owners. 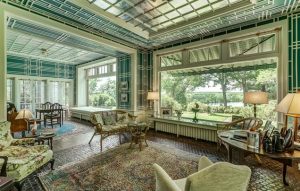 Adamson credited the Sotheby’s platform with helping to sell the property, which was previously listed in 2014 but failed to find a buyer. The earlier listing by Long & Foster had an asking price of $4.75 million.

Located across the river from Willow Oaks Country Club, just north of the Powhite Parkway bridge and James River Railway Bridge, the property features westward-facing views of the river and brick pathways and gardens designed by landscape architect Charles Gillette.

Rothesay had been the priciest active listing in the city of Richmond. That designation now goes to its downriver neighbor, the 7,500-square-foot Doolough Lodge mansion, which River Fox Realty’s Alexis Thompson listed in January at $2.59 million.

Beyond city limits, the most expensive listing in the Richmond area recently changed as well. It for years had been River Run Manor, the 16,000-square-foot Massey family mansion that The Steele Group re-listed last month at $4.9 million. That price tag has since been eclipsed by the 10,000-square-foot Fairfield mansion, which fellow Sotheby’s affiliate Frank Hardy recently listed at $5.95 million.

Rounding out the top five home sales for February: