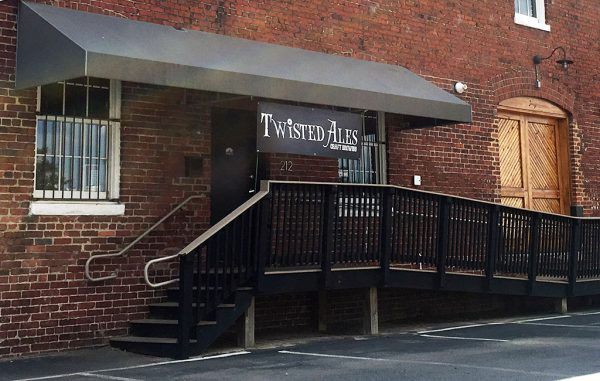 Twisted Ales is closing after a year in Manchester. (Mike Platania)

There’s a new twist in the tale of a recently closed Manchester brewery.

Twisted Ales Brewing, which shut down this month after a year in business at 212 W. Sixth St., has sold to an undisclosed buyer.

Jason Price, who co-owned the brewery with his wife Debbi, confirmed that the business has sold to another Virginia brewery but he would not provide further details.

The Prices wound down Twisted Ales in favor of a new job for Jason in North Carolina. Jason said at the time they were exploring the option of selling the brewery, including its brewing equipment and the option to take over its lease.

Price would not comment Thursday on what assets were included in the sale.

Twisted Ales looks to be on a similar path as the former 7 Hills Seafood & Brewing Co., which shut down this year in Shockoe Bottom, only to see Shiplock Brewing sign on to bring its space and equipment back to life.