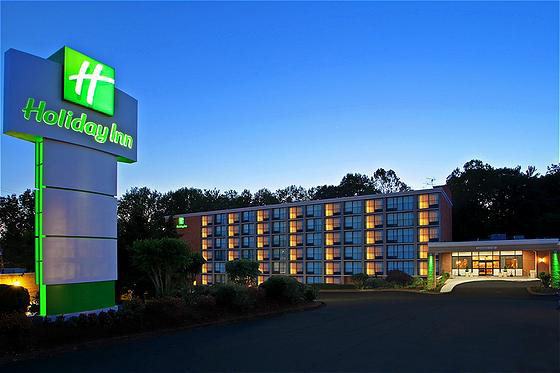 Chester-based Shamin Hotels purchased the 170-room Holiday Inn at 1901 N. Emmet St. in Charlottesville for about $9.3 million in May. (Shamin Hotels)

Richmond’s largest privately held hotelier has made a move into UVA territory.

While Charlottesville records show the company paid $9.3 million for the property in early May, Shamin’s Jay Shah said the acquisition price was considerably more than that, without disclosing specifics. The hotel sits on 4 acres between the UVA campus and one of the city’s newest shopping centers, The Shops at Stonefield.

The deal gives Shamin its first asset in the Charlottesville market, adding to its 54 hotels owned throughout the mid-Atlantic.

“We’ve been looking around the area for a while, so when this deal came up, we wanted to move on it,” Shah said. The six-story hotel was constructed in 1972, Shah said, and since has been through several rounds of renovations and brand changes.

The previous owners, Squam Associates LP, recently wrapped up renovations to all of the hotel’s rooms, Shah said.

Shamin plans to pump an additional $1 million into the property to upgrade the common areas, including the lobbies, swimming pool and fitness center, Shah said. He added a restaurant on the ground floor will be moved to accommodate more meeting space.

The company also is preparing to break ground on the seven-story, 135-room Homes2 Suites this year at 209 Towne Center West Blvd. in Short Pump, and is developing a 126-room, six-story Hampton Inn & Suites on about 4 acres across Broad Street, just west of the GreenGate development.

Shamin also is converting an old office building at 501 E. Franklin St. downtown into an 87-room Moxy Hotel by Marriott. 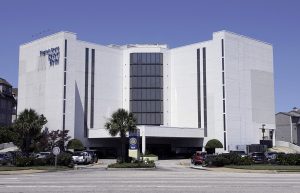 Meanwhile, Henrico-based Lingerfelt CommonWealth Partners is preparing to launch a $25 million upgrade to its latest hotel acquisition in Virginia Beach.

The 295-room property is situated on 3.6 acres along the Chesapeake Bay. Plans call for the 263,300-square-foot property to be rebranded into a Delta Hotels by Marriott.

Commonwealth Lodging Management, the company’s hotel management affiliate that now owns 12 hotels throughout the East Coast, will operate the property.

The coming location for Charlottesville visitors is Zion Crossroads. 10 minutes west of Monticello by I-64 , 15 from UVA. land values are 1/4 of those in Albemarle and entitlements take just a few months rather than 3-4 years.

Zion’s Crossroads is east of Monticello and UVA