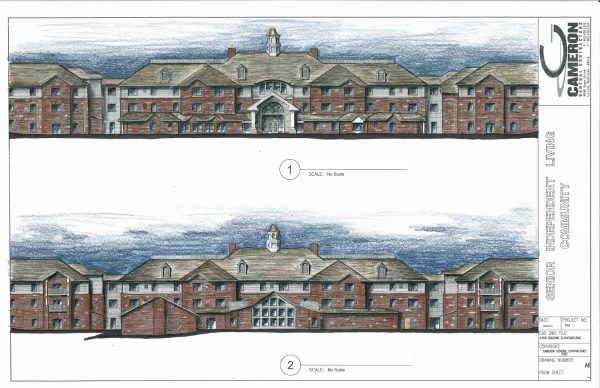 A $30 million retirement community has been given approval for development in Goochland County.

Last week, the county Board of Supervisors approved a rezoning application for Tuckahoe Pines, a 130-unit development that will rise at 12330 Patterson Ave.

Nebraska-based Resort Lifestyle Communities is behind the project, and needed a proffer amendment from Goochland to allow for a retirement community on the land, which sits across from the Rivergate subdivision and is currently zoned commercial.

The company initially planned to build the project in West Creek, but reversed course in late 2017. RLC spokeswoman Kelly Jo Hinrich did not comment on why the West Creek deal didn’t come to fruition.

Hinrich confirmed that though the location has changed, many of the initial plans for Tuckahoe Pines remain the same. It will feature about 130 units across nearly 200,000 square feet, as well as multiple parking garages totaling about 140 spaces.

RLC is under contract to purchase the 38-acre parcel of land for an undisclosed price. The land is owned by Patterson C K Associates LLC and was most recently assessed at $2.38 million, according to county records.

A larger retirement community is being planned elsewhere in the business park. Erickson Living filed plans this year for a $200 million, 1,450-unit assisted living complex on 95 acres on the eastern side of Wilkes Ridge Parkway, just south of West Broad Street.

Congratulations to Colliers International brokers Kit Tyler and Chris Wallace for bringing this deal to fruition. Congrats as well to Charles McFarland for successfully earning the entitlements for this deal. We’re going to be hearing of more developments like this in the coming years.

Did the traffic study conclude yet that a light was needed on patterson or changes to the median turn lanes?

Will Tuck. Pines offer assisted living or just independent? What kind of amenities? How will it differentiate from the rest of these places?