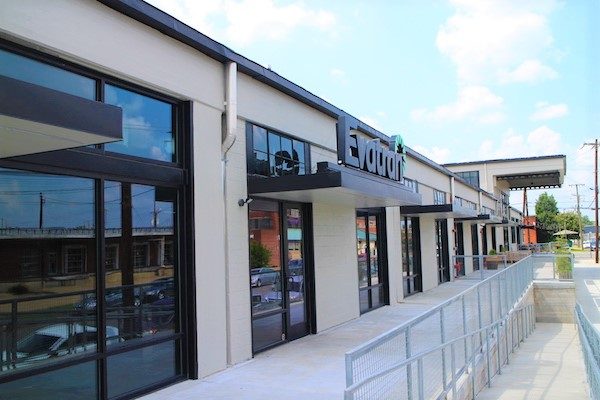 A longtime Carytown retailer has snatched up a block of Scott’s Addition office space left vacant by a once-touted local startup’s quiet exit.

Need Supply Co. has leased 20,700 square feet in the redeveloped HandCraft building at 3301 W. Moore St. for its new headquarters. The space is three times the size of its current home base, which sits above the brand’s flagship store at 3100 W. Cary St.

Need is subleasing the office from Evatran, an electric car charger manufacturer that moved into the building in 2017 and has been in limbo since earlier this year after a deal fell through to sell its assets to a Chinese conglomerate.

The new home will house Need’s offices and will not feature a retail element, as its Carytown store will remain open.

Need’s special projects manager Nora Morris said the company had been looking for a bigger office for nearly a year.

“We had some unique challenges with our real estate search, since we wanted a place to house our traditional HQ office roles as well as our ecommerce photo studio,” Morris said.

The company’s recently opened fulfillment warehouse in Sandston, where it stores its wholesale and ecommerce inventory, also will remain open.

Need is aiming to be moved into the HandCraft space by year-end, Morris said.

The larger office will give it room for more workers, as it plans to hire dozens of employees in the next few years, including roles in finance, IT, operations and marketing.

“Our growth’s been capped because we didn’t have physical space to expand,” Morris said. “This (new) space is specific to support the growth in the near and long-term future.”

Founded in 1996, Need has had growth in recent years through ecommerce, selling both its house-brand items and other brands.

“The majority of our business is in the ecommerce realm,” Morris said. “Retail is an important element of what we do but it’s not at the level of ecommerce.”

The retailer has remained busy raising capital in recent years as well, as it brought in $3.8 million in funding from investors last year, and an additional $2.5 million in equity and $400,000 in debt thus far in 2018, per SEC documents. Morris could not comment on what the funding is for.

Rob Dirom of CBRE | Richmond represented Need in the deal.

Meanwhile, the status of Evatran remains unclear. This summer, the company’s founding CEO, Rebecca Hough, left for a job at Tesla.

Bob Mooney, chairman of Evatran’s board of directors, said this week that the company is “a few months away from being able to release an update on our location.”

Mooney added that Evatran operates from other locations outside of Richmond.

The Need sublease, along with another recently signed deal with an undisclosed financial firm leaves the HandCraft building fully leased, according to Divaris broker Read Goode. He’s handling leasing in the building with colleague Cheryle Toy.