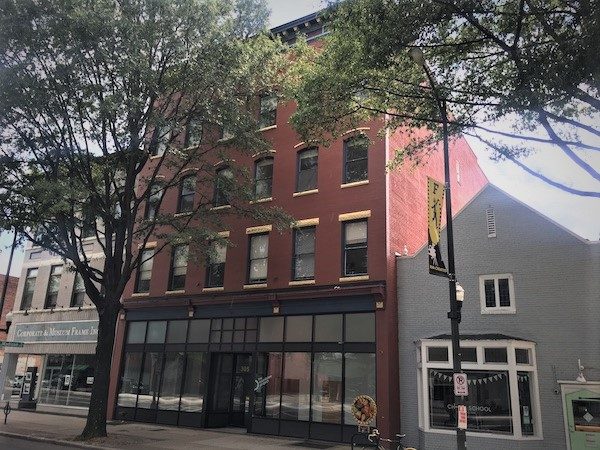 Armed with investors including a member of the Ukrop family, a concept born in Hooville has found a second home in Richmond.

Common House, a social club and coworking brand from Charlottesville, recently signed a lease to open a 25,000-square-foot location at 305 W. Broad St. in the Arts District, near the Quirk Hotel.

“A lot of members in Charlottesville use it to have meetings, or they’ll come for events or to eat and drink, or as a networking space. There are a lot of uses, one is coworking,” Pfinsgraff said.

The Broad Street location will offer a variety of amenities – some open to all and some for members only.

The first floor, which will be open to the public, will house a bar and coffee shop that roasts its own beans, as well as a rentable event space and courtyard.

“The goal is to add to the vibrancy of the neighborhood, so they can use it whether they’re a member or not,” Pfinsgraff said.

The second and third floors will be dedicated coworking and office spaces, and the fourth floor will be a social space, featuring a bar, fireplace, billiards and other games and a dining area.

Pfinsgraff noted that the Richmond location will also have a basement with a screening area, showers and a wine cellar, where it’ll sell wine to both the public and members. Common House will also have about 40 parking spaces available.

The building is owned by an entity tied to Bank Street Advisors, the firm with which the Ukrops worked to open the Quirk Hotel. Pfinsgraff said Ted Ukrop is one of Common House’s investors.

The property’s upper floors are currently apartments. Its ground floor was formerly the home of marketing firm Release the Hounds, which has since moved to the top floor at 1805 E. Grace St., above Ironclad Coffee Roasters’ new shop.

Common House is looking to begin renovations to the building early next year with a target opening of winter 2019. Cost for the total project was not disclosed.

Danny MacNelly of ArchitectureFirm is the architect, and Anne Tollett of Hanover Avenue is the interior designer. Pfinsgraff said they’re in the process of selecting a general contractor. 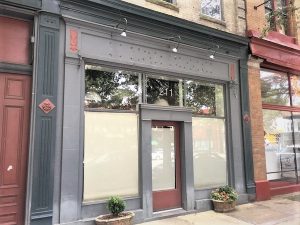 In the meantime, Common House is preparing to open a teaser space in September the next block over at 211 W. Broad St.

“It should give a good glimpse of what’s to come,” Pfinsgraff said.

Common House memberships in Charlottesville cost $150 per month for an individual with discounts for couples or company memberships, and a $67 per month rate for those under 30.

Pfinsgraff said Richmond will follow a similar pricing model, with an added cost for access to the coworking spaces.

“Coworking floors will be a higher, separate rate. Those memberships will still have access to the full club, but they’ll get to use things like the phone booths and podcast rooms in the coworking spaces,” Pfinsgraff said.

Memberships will grant access to both Richmond and Charlottesville.

Pfinsgraff said Common House’s target demographic runs the gamut, with members ranging from 21 to 85 in age. He said they’re nearing 1,000 members in Charlottesville, and believes the Richmond space will be able to accommodate 2,000 or more.

The Richmond location is looking to open with a staff of around 50, Pfinsgraff said, and will likely be open from 8 a.m. to midnight, staying open later on weekends.

Pfinsgraff said the Richmond opening may be a part of a bigger expansion, as they’re scouting additional locations in cities throughout the Mid-Atlantic and Southeast such as Chattanooga, Savannah, Baltimore and Greenville, South Carolina.

The intersection of East and West Broad Street has been a hotspot for shared work spaces lately.

Earlier this year, Gather announced it will be moving its downtown location to 309-315 E. Broad St., while The Broad expanded its space within 209 Foushee Street.

Interesting to see if this works in RVA. Most of the downtown social clubs (Bull and Bear, Downtown Club, and 2300 Club) have closed over the last decade from falling interest and membership. I am not sure I want to pay $150 a month to join a club that I still have to pay more to use the co-working spaces. What is the draw?? You have a private space to eat, drink, and play billiards??

I am a member of Common House in Charltottesville. Whereas I used to have business meetings in coffee shops and restaurants, Common House gives me a place of my own to host meetings. I spend about 50% of my time there working in one of the comfortable spaces (they don’t have dedicated co-working space there) and 50% hosting meetings and meals with business contacts. I’m a fan, and look forward to the Richmond CH opening.

Love the concept of communal space. The area is in dire need of event space as well, grateful they are providing that without a membership. Welcome to the neighborhood.

Yes, a good thing.
“…to open with a staff of around 50.”
Ambitious, but I sincerely hope they are successful.

I couldn’t agree more re: event spaces. We are constantly hosting events are the hum drum of the repeat locations is a bit disappointing. Really looking forward to this space.