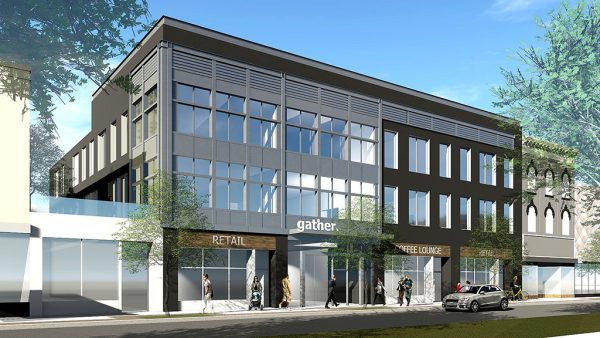 A rendering of Gather City Center, which is targeted for an early 2019 opening. (Gather)

Just months after extending its reach to Short Pump, a local coworking chain is looking to reposition its original location three blocks north.

The move was announced to Gather members on Wednesday, in an email stating that the change in venue will occur in early 2019. 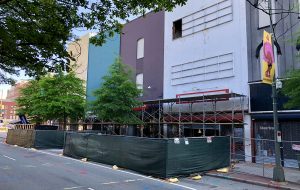 Managing partner James Crenshaw said the downtown Gather will remain open until the City Center location is ready, and that current Gather members will have first choice on office spaces in the new digs.

He added that Gather is taking requests from members for custom floor plans, particularly for companies that work at Gather and have more than 20 employees.

“They’re not all startup companies that work out of Gather, it’s popular outside of the typical freelancer and startup,” Crenshaw said.

The new downtown Gather will be staffed with two full-time employees and feature over 100 private offices, meeting rooms, communal areas and a large rooftop deck. The email to members also emphasized its location along GRTC’s bus-rapid transit line and near other development occurring along the corridor. 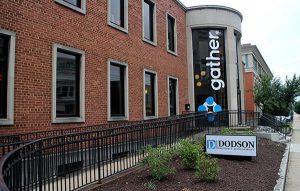 Next door, another entity tied to Dodson purchased a one-story building at 317 E. Broad St. last May. Across the street, local developer Monument Cos. purchased the Sunny Men’s Wear building last summer with plans for 20 apartments above a restaurant by Chris Tsui’s EAT Restaurant Partners.

The email states details are being ironed out regarding parking, floor-plan options and an exact opening date. It lists a target opening of January 2019.

Since launching on Main Street in 2014, Gather has opened two additional locations: Scott’s Addition in 2016 and West Broad Village in Short Pump earlier this year.

In addition to Dodson, Gather is owned by Crenshaw, Andy Beach and Jeff Bunch of UrbanCore Development and Doug and Polly White of Whitestone Partners.

UrbanCore Construction is the general contractor for the new location, with Hickok Cole Architects and Walter Parks Architects collaborating on shell designs and designing the exterior facade. Virginia Commonwealth Bank is financing the project.

Ashley, per my understanding, Jackson Ward is north of Broad and City Center is south of Broad. We didn’t come up with the name. It’s been in existence. Here is a neighborhood map from the VCU Community Engagement website: https://rampages.us/ceinstitute/richmond-neighborhoods/

I think Jackson Ward is a great neighborhood with tons of history. Certainly not trying to rename or replace Jackson Ward.

Thank you for your response, Duke. Perhaps I’m just too weary of change. This is a great neighborhood.

It’s been awesome to see how Gather has evolved over the years. What will be done with the building on Main St?