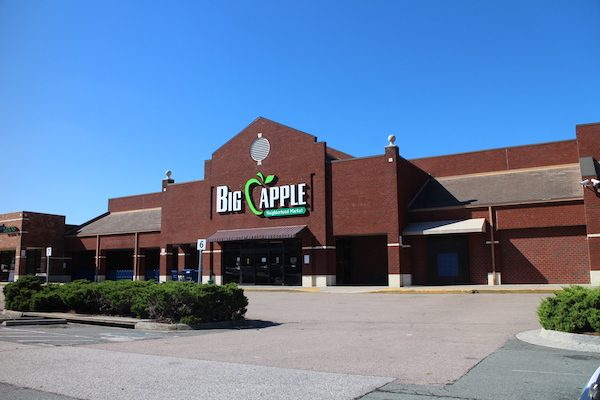 The five-month-old market closed over the weekend. (Mike Platania)

A grocery store that earlier this year replaced Martin’s in a Henrico shopping center has closed its doors.

Big Apple Neighborhood Market closed over the weekend at 5700 Brook Road in the Brook Run Shopping Center after less than six months.

Employees confirmed the store’s last day was Oct. 14. The closure does not affect Big Apple’s original store at 2916 Jefferson Davis Highway on the Southside, which will remain in business.

Big Apple opened in May in a roughly 60,000-square-foot shell that was left empty by Martin’s in August 2017, one of nine local Martin’s spaces not picked up by Publix.

Wheeler representatives could not be reached for comment by press time.

Doesn’t bode well for the new Market in Church Hill that still does not have an opening date.