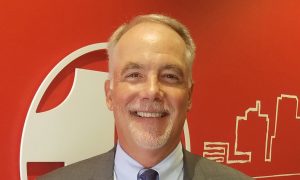 Nearly two years after his last employer was acquired by an out-of-town player, a veteran local banking executive has come off the sidelines to help a Northern Virginia-based bank continue its push into the Richmond market.

Bob Watts, the former president and CEO of the former First Capital Bank, recently came out of a short-lived retirement to join First Bank, a Strasburg, Virginia-based institution that first arrived in Richmond in fall 2017.

“I’m basically another boot on the ground to help a more than 100-year-old bank that has come to Richmond,” Watts said. “It’s going to be fun to see what can we do to grow, expand and get more presence in Richmond.”

Working out of First Bank’s year-old Richmond branch at 5601 Patterson Ave., Watts will take the role of senior vice president and will join Andy McLean, First Bank’s local market head that was with Watts at First Capital in its early days.

“Their current presence in Richmond is about the same size of what First Capital Bank was in 2000 when I went there. Back then we had eight people, one office and about $30 million (in local deposits).” 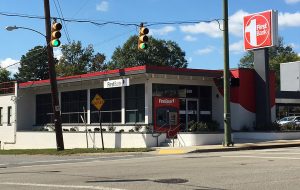 Watts, 58, has been retired since June 2016, when he left Park Sterling Bank after its acquisition of First Capital. Park Sterling and its local holdings since have been acquired by South State Bank.

“I hung in with Park Sterling for about six months to get them through the actual conversion date,” Watts said. “I opted to retire, but in all honesty I stayed very much involved with the Richmond banking community by staying omnipresent with different events, working with my former clients to help them with their needs, coaching them to different solutions, and working with former employees to ensure we got them landed in the very best spot.”

A UVA grad and banker for three decades, Watts said he had some fun being partly out of the game. But he couldn’t resist when McLean and First Bank CEO Scott Harvard came calling.

“Scott and Andy just put something in front of me that looked like it was going to be fun,” he said. “They lured me back into the fray.”

You go Bob Watts! You’ve been a HUGE asset to every bank you have been employed. Congrats!

bob you are a good guy. i enjoyed and learnt a lot from you and Andy about the banking when we were at the first capital bank. both of you are very professional and very community conscious at the same time. good luck