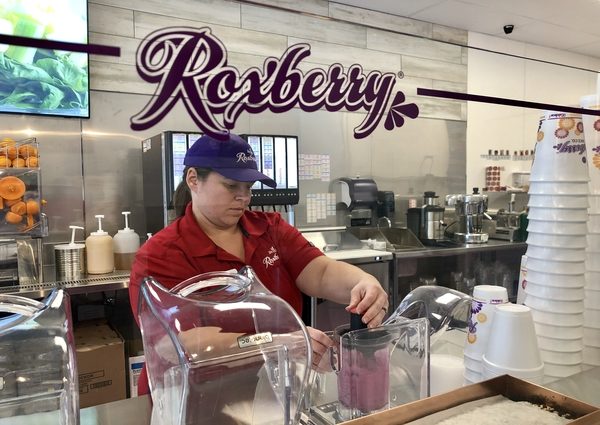 A Utah-based juice bar franchise is blending into a Henrico development with its first East Coast operation.

Roxberry Juice Co. is now open in the Shoppes at Reynolds Crossing at 6976 Forest Ave., across from Walmart in the newly built standalone strip center developed by Richmond-based Wilton Cos.

The Roxberry brand launched in 2008, offering a variety of fresh pressed juices, smoothies and bowls. The company now operates about 18 locations throughout Idaho and Utah.

The Reynolds Crossing spot is its first in Virginia and its sole operation on the East Coast, and is a partnership between Clint Graviet, the local Molly Maids franchise owner, and Mark Babb, C3Nexus founder and former principal.

A native Californian, Graviet said he grew up on smoothies; in fact, a couple of years ago, he toyed with the idea of launching his own smoothie shop brand. 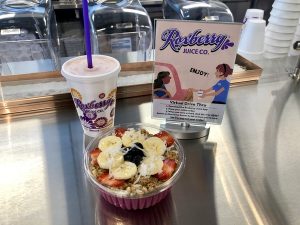 “I did all my own recipes and created a brand for the company, but decided that it was still too early to market it,” Graviet said. “I didn’t want to be the one to risk it all.”

A trip back to his alma mater Brigham Young University changed all that, when he ran into fellow alumnus and Roxberry Juice Co. founder Brad Davis during a university event last year.

Davis was also one of the executives behind Zuka Juice, a California based smoothie and juice bar that was acquired in 1999 by Frisco, Texas-based Jamba Juice.

Looking to expand the concept to the East Coast, Graviet brought the brand back to Richmond — eventually getting Babb, whose children were in the same Boy Scouts troop, and an unnamed third investor, to become co-owners of the local franchise.

“It’s just a great, simple concept that works for this area,” Graviet said. “The hardest thing out of all this was finding the right location.”

Babb said the group weighed several locations across the metro, including Midlothian and Short Pump.

Roxberry serves 44 smoothies year-round, along with a variety of acai and pitaya bowls. Delivery will be available through UberEats and Doordash, and patrons can pick up orders or have them brought to their vehicle through the Roxberry app. 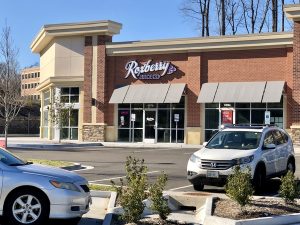 Roxberry joins Orangetheory Fitness and B. Good in the Shoppes at Reynolds Crossing. (J. Elias O’Neal)

Graviet and Babb’s group will look to open three additional locations across the metro before working with other potential franchisees to grow Roxberry Juice Co.’s brand up and down the Atlantic seaboard.

The chain joins Orangetheory Fitness and B. Good, a Boston-based sandwich chain, in the Shoppes at Reynolds Crossing. Mezeh Mediterranean Grill, which opened a location in Short Pump about two years ago, also is poised to move into the 14,350-square-foot shopping center in the coming months.