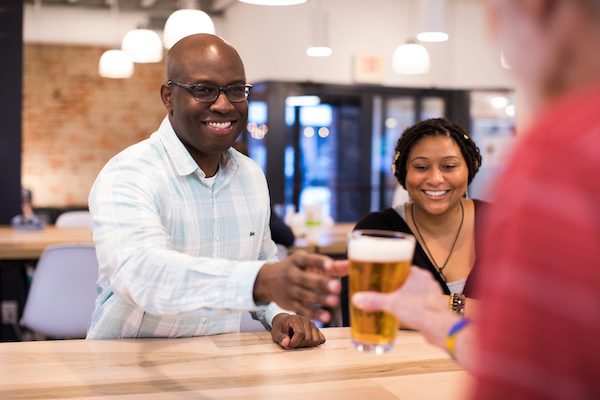 Those are among the offerings touted by the growing cadre of coworking spaces around Richmond.

That last amenity – beer – is fueling a bill introduced in this year’s General Assembly at the urging of a local coworking chain.

The bills would create an ABC license that “allows facilities that have at least 25 members and offer shared office space to serve wine and beer to members and guests on the licensed premises.” 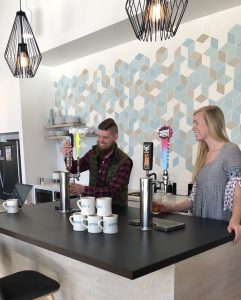 Gather managing partner James Crenshaw said since opening in 2014, Gather has had kegerators with free beer on tap for its paid members, which it thought was legal with current ABC rules.

“(But) the rules have been interpreted differently by the ABC,” Crenshaw said. “In 2018, we had to stop offering beer as a staple amenity.”

That prevented Gather from hosting happy hours as networking opportunities for its members.

“We think of ourselves as a hospitality business and we want to offer that amenity to our members,” Crenshaw said. “It kind of facilitates the collisions of the members in the space.”

The bill also would require such venues to pay a $100 annual state tax and $20 annual local tax on the license.

“The ABC does its job, and they want to make sure if you’re serving (alcohol), it’s licensed,” Rodman said. “This bill is creating a special license for this kind of space.”

At least one other local coworking operator is supporting the bill along with Gather. Ali Greenberg, owner of The Broad at 209 Foushee St. in Monroe Ward, said that she’s hoping the bill is passed into law.

“We are eager to see laws on the books that support innovative businesses in the modern Virginian economy rather than outdated regulations that hinder progress,” Greenberg said.

Rodman said she believes the bill has strong support and that she hasn’t heard any opposition from the ABC.

Last week, the bill was sent to a General Laws subcommittee, which meets on Tuesdays. Rodman said her bill has a chance to be voted on during upcoming Tuesdays in this year’s session.

Subcommittee to also hear law to allow beer home delivery, allow beer and wine at cigar shops, and expand a confectionery meaning to allow more “sweet places to pour,” and allow agritourism sites that allow overnight guests (brewery that has rooms to rent for the night) to have a new type of license. All are on the agenda today for the subcommittee for booze (general laws committee #3). If your downtown after 3pm and have some time stop by and speak. Democracy is action. https://virginiageneralassembly.gov/house/agendas/agendaItem.php?id=1638&ses=191

I am a member of WeWork in Tyson’s Corner and they offer a fully stocked refrigerator with free bottles of beer to their clients; so I assume they are compliant with the ABC regulations? Maybe the rules are different for a kegerator?

It is very unlikely the law is different between WeWork and Gather. The key difference is probably that an ABC agent hasn’t stopped by WeWork yet. Given that you just floated this out there…well, my experience is that ABC wants their fees.