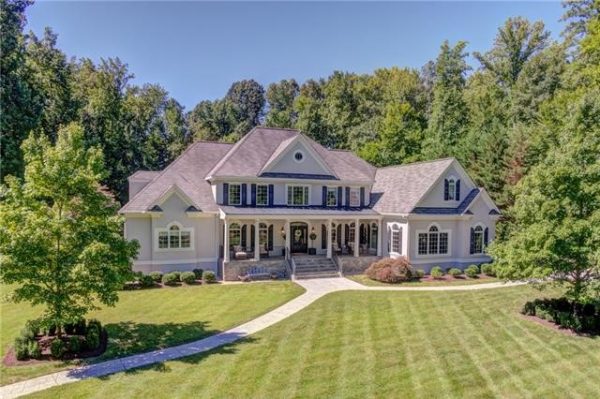 A local executive’s purchase of a country club home previously owned by a former auto insurance CEO was among the Richmond area’s top home sales in January.

The 6,900-square-foot home at 355 Rolling Lake Court, on 6 acres within Hermitage Country Club’s Sabot course, was the month’s second-highest seller at $1.45 million, selling Jan. 28 below its latest asking price of $1.54 million.

Goochland County property records list the buyers as Robert and Melinda Sledd, who were represented in the transaction by Pam Diemer with Long & Foster. The sellers were Kevin and Rowena Chidwick, who listed the home with Bes and Rich Stewart of Chesterfield-based Gold Point Real Estate.

Robert Sledd was named in November as interim CEO of Owens & Minor, the Fortune 500 health care logistics company based in Mechanicsville. Sledd is a co-founder and former CEO of another Fortune 500: Goochland-based foods distributor Performance Food Group. 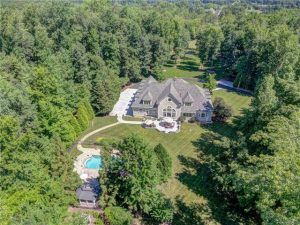 The house is located on a 6-acre lot.

The Chidwicks had owned the house since 2012, when they purchased it for $1.27 million. A county assessment most recently valued the property at $1.53 million.

Initially listed last January at $1.64 million, the six-bedroom house with four full bathrooms and two half-baths was taken off-market in March and relisted in July. It was reduced in price the following month and went under contract in October.

Bes Stewart, the Chidwicks’ agent, said the Sledds needed a longer closing period that factored into the sale. She said the price range proved a challenging sell but that traffic picked up when the price was reduced during the summer.

“That price range is always difficult,” Stewart said. “There’s just not that many people that can afford that level of house or who want to be in the country on the golf course.”

Stewart said the Sledds were attracted to the property’s acreage and location within the golf course. She said she marketed the listing in area newspapers. 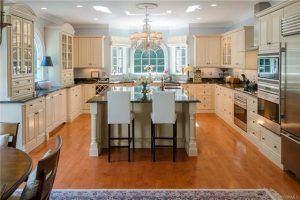 Diemer said the listing had been active for some time when she brought it to the attention of her clients, who she declined to identify but said she had previously represented. Beyond the property’s size and location, she said they were drawn to the home for its floor plan that emphasizes first-floor living.

Built in 2002, the three-level house includes first- and second-floor master bedrooms with en suites, an additional first-floor bedroom, a remodeled kitchen and a great room with vaulted ceiling and stone fireplace. The property, at the end of a cul-de-sac, includes a heated saltwater pool, gazebo and storage shed.

Philip Innes with Re/Max Commonwealth had the listing and represented the sellers, Thomas and Jaclyn Gottwald, son and daughter-in-law of NewMarket Corp. CEO Thomas “Teddy” Gottwald.

Long & Foster’s Margaret Wade represented the buyers, listed in Richmond property records as Keith and Diane Winchester. Keith Winchester is a director with Andersen Tax in its McLean and D.C. offices. 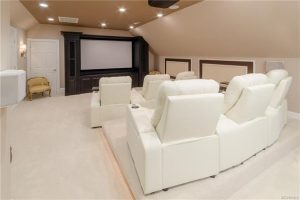 The theater room with eight-foot-wide screen.

Rounding out the top five sales for January, according to the Central Virginia Regional Multiple Listing Service: