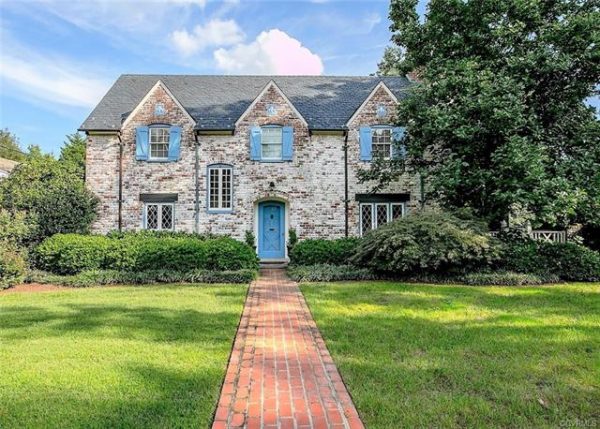 Members of one of Richmond’s wealthiest families are seeking a buyer for their recently listed Windsor Farms home, said to be one of the first houses built in the tony West End neighborhood.

The Tudor-style house at 115 W. Oxford Circle, near the center of the circularly laid-out neighborhood, was listed Oct. 25 at $1.89 million.

Philip Innes with Re/Max Commonwealth listed the house for the couple, who purchased the four-bedroom, 4½-bath house for $1.5 million in 2014. The latest city assessment valued the 4,800-square-foot home on a 0.6-acre double lot at $1.4 million.

Innes said the house was among the first to be built when Windsor Farms was developed in the 1920s. 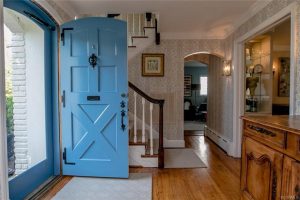 The 1928 house was one of the first built in Windsor Farms.

“A picture of this house was included in the original pamphlet advertisement for Windsor Farms,” said Innes, whose other listings have included a 15-acre estate in Lower Tuckahoe and a Country Club of Virginia-area home he sold this year with his father and Re/Max Commonwealth broker Tom Innes.

Innes would not comment on his clients’ reasons for listing the house or plans after a sale. He said the house had received interest from prospective buyers since its listing a month ago but would not say if he’d received any offers.

Innes said he’s marketing the house with mailers, online and in locally published Estates & Homes Magazine. He said the home would appeal to a broad range of buyers.

Built in 1928, the two-story brick-and-slate house totals 11 rooms and includes a rear sunroom with skylights that span the width of the house, a kitchen with a corner fireplace and raised hearth, and an upstairs master suite with a laundry room and marble bathroom. 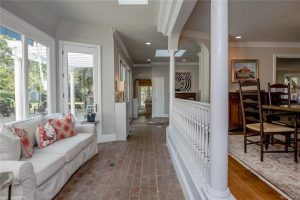 A sunroom addition adds light to the rear of the house.

A breezeway connects the house to a two-car garage with an upstairs guest suite. The property also includes walled English gardens and patios.

The house is the latest local million-dollar listing with the Gottwald name attached to it. Last year, Tredegar Corp. CEO John Gottwald sold his and wife Margaret’s secondary home on Riverside Drive for $2.05 million.

John and Teddy Gottwald are both grandsons of family patriarch Floyd Gottwald, whose Albemarle Paper Manufacturing in 1962 purchased what is now Ethyl Corp., today a subsidiary of NewMarket. In 2015, Forbes ranked the Gottwalds 90th in a list of America’s richest families.