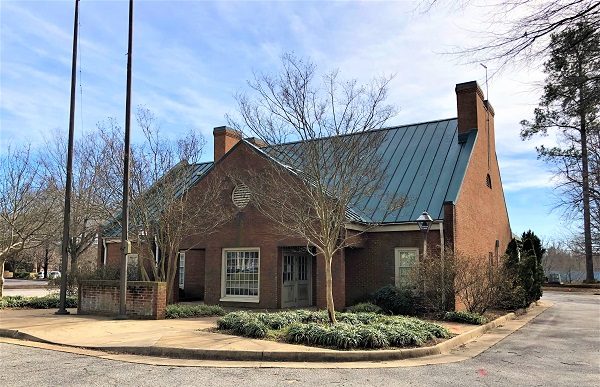 Continuing its steady expansion around the Richmond region, a bank from the Northern Neck has found the spot for its next local office.

Chesapeake Bank is working to open a branch at 10000 Courtview Lane in Chesterfield County, at the busy intersection of Iron Bridge and Beach roads.

The $854 million bank is under contract to purchase the 2,800-square-foot building from the county for $801,000, said Frank Bell, head of Chesapeake Bank’s Richmond operations.

It would put the bank within view of competing TowneBank, BB&T and First Community Bank branches and would be its fourth full-service office in the region. Its other area outposts are on Patterson Avenue in the West End, and in the Cedarfield and Lakewood Manor retirement communities.

Bell said the bank had been testing and building a presence in the Chesterfield market around three years ago when it opened a loan production office nearby on Iron Bridge Road. It since has built a loan portfolio and customer base that gave it the confidence to go with a full-on branch.

“That’s our way of testing a market,” Bell said. “We knew we wanted to go in that area.
We feel very good about the jump start we’re getting on this.”

Bell said the bank put the 1-acre parcel under contract at the end of 2018 and hopes to close on the deal in the next 30-60 days. Bell said the bank aims to be open in the new office by the beginning of the fourth quarter, pending approval from banking regulators.

The bank plans to hire three new employees to work the branch and will move loan officers over from the loan office. Commercial lender Tommy Adams will lead the new office. Adams worked with Bell at the former Bank of Virginia.

Chesapeake Bank plans to gut much of the building’s interior and make improvements to the exterior. It has hired RVA Construction as general contractor. Tom Tingle of GuernseyTingle Architects is designing it.

The county has owned the property since 1997, having purchased it for $317,500, according to county records. The DMV owned it previously. It was built in 1983 and sits on 1 acre.