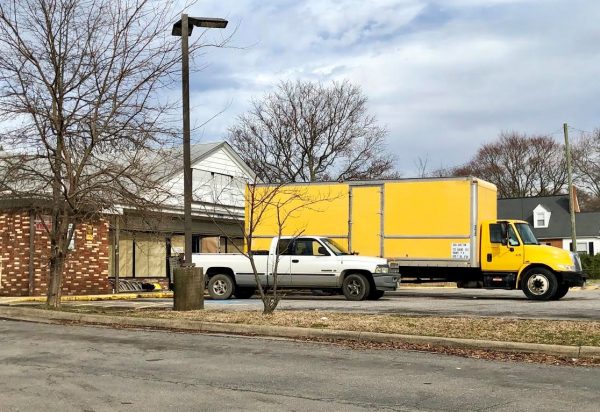 Moving crews were removing shelving and other items from the former 7-Eleven at 4700 Walmsley Blvd. in south Richmond. Texas-based Verdad Real Estate purchased the site for $892,000. (Photos by J. Elias O’Neal)

A Texas-based development firm that typically builds from scratch for tenants such as Starbucks and Chipotle is back for thirds in Richmond, after rounding up two local bank branch properties last year.

The property is next door to the former BB&T branch Verdad purchased last May for $650,000. The company also purchased an old BB&T branch at 6980 Forest Hill Ave., which it plans to raze for a new Starbucks. 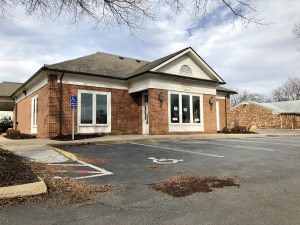 The company has yet to file any plans for its two Walmsley properties, which give it control of 1.1 acres at the busy intersection with Broad Rock Boulevard.

Moving crews Thursday afternoon were hauling shelving and other items from the 7-11, which closed last month.

Calls to Verdad were not returned Thursday afternoon.

The company is making a push into Virginia, recently completing a 7-Eleven in Newport News and a Chipotle in Chesapeake.

Educated guess but this is probably a new Little Caesars with a drive thru that will be built. To replace the shopping center one nearby. They have been building them and maybe a new 7-11 with gas pumps! Either way it will be nice to see new infill as the two places are vacant and blighting now.