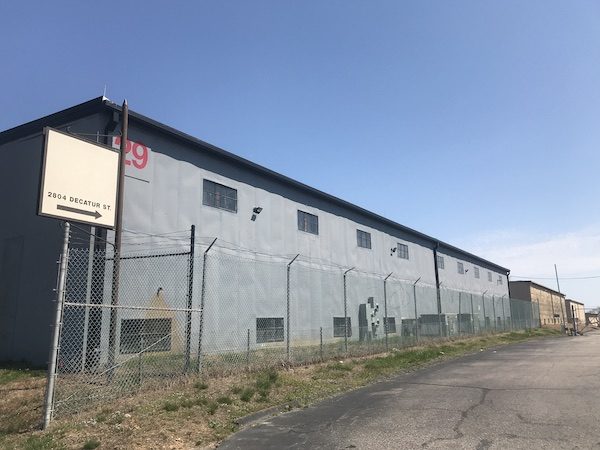 Green Leaf Medical of Virginia has filed plans for a two-story warehouse at 2804 Decatur St. (Photos by Mike Platania)

Green Leaf Medical of Virginia last month filed plans with the city to construct a cannabidiol (CBD) oil-processing facility at 2804 Decatur St., near the Clopton Siteworks development in the Swansboro neighborhood.

The company was formed last year through the combination of Maryland-based Green Leaf Medical and a local group called Virginia Pharmaceutical Processors. They vied for and were awarded one of five licenses from the state allowing them to grow, process and sell marijuana-derived CBD.

After receiving the license, Green Leaf said it would put its facility in Manchester but would not specify where. On March 22, it filed plans for a two-story building for warehousing and distribution. 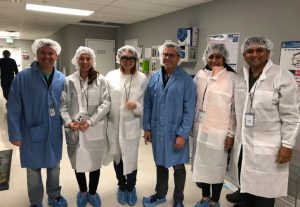 Papa is married to Angel Papa, who is part of Green Leaf Medical of Virginia along with Philip and Kevin Goldberg, Ausrine Kuktelionyte and Sunita Gupta.

Calls and emails made to the Papas and Goldbergs were not returned by press time.

Green Leaf previously stated that the facility would be 50,000 square feet, cost $16 million and have around 100 workers. It would house a growing operation and processing, as well as retail, with the products to be consumed by patients with a doctor’s prescription.

The facility, according to city records, would rise on the site of two old Philip Morris tobacco warehouses next to the 28-warehouse lot that was renovated as part of Clopton Siteworks.

Green Leaf’s plans call for the facility to be built on the site of former tobacco buildings 30 and 31, which still stand. In late December, Fountainhead filed for demolition permits on the two warehouses. 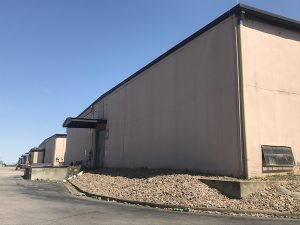 The CBD operation is seeking to demolish two old tobacco warehouses to make way for the facility.

KBS is listed as the project’s contractor on the plans, which are pending review by the city planning department.

Green Leaf holds the license for Virginia’s Health Service Area 4, which spans Greater Richmond down to the North Carolina border.

The other four CBD facilities will be built in the four other HSAs in the state. HSA I covers north-central Virginia and parts of Shenandoah, HSA II covers Northern Virginia, HSA III covers Southwest Virginia and HSA V covers the eastern part of the state.