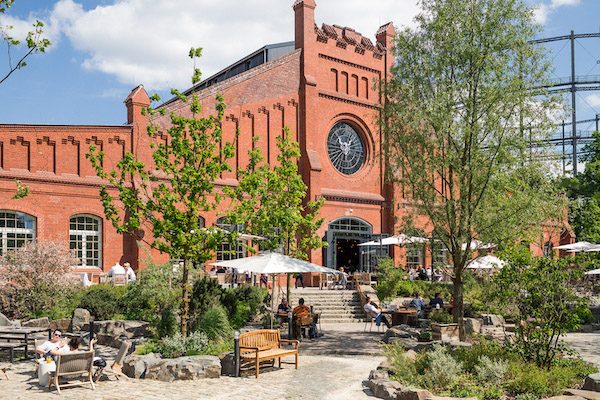 Stone Brewing has cut itself loose from its bistro in Germany while a similar concept it’s planning in Richmond remains in limbo.

The San Diego-based brewer announced Friday it has sold its World Bistro & Gardens – Berlin to Brewdog, a Scottish chain of breweries and brewpubs.

The Berlin facility, which opened in September 2016, was the same concept that Stone has been planning for nearly four years in Richmond’s Fulton neighborhood and still is being negotiated with the city.

In a blog post on Stone’s website, Greg Koch, executive chairman, wrote that the Berlin bistro was “too big, too bold, too soon.” Koch also lamented construction delays and frustration with contractors during buildout. 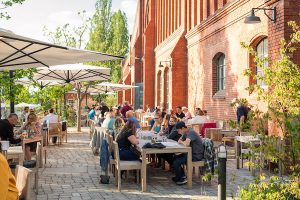 Stone is still negotiating its plans for a bistro in Richmond, which has been delayed over a year.

“We invested a significant portion of a decade and significant millions building Stone Berlin. And it didn’t work out,” Koch writes.

Per a San Diego Union-Tribune report, the Berlin bistro cost Stone at least $25 million to renovate and build.

The terms of the sale to Brewdog were not disclosed.

Its Richmond World Bistro & Gardens has been planned for the Intermediate Terminal building at 3101 E. Main St. as part of a 2015 economic development deal that included $8 million in bonds from the city to renovate the property.

But last year the city and Stone changed course and began seeking City Council approval to demolish the building, saying it was structurally insufficient for the bistro project. The state’s Department of Historic Resources declared the building ineligible for historic preservation last summer.

After 10 delayed council votes in 2018, Stone asked that the amendment be pulled from council’s agenda in November so it could consider other options for bringing a bistro to Richmond. 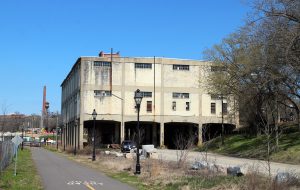 The project has remained up in the air since then.

The Berlin sale aside, Younkin said the company’s U.S. sales volume is still increasing year over year, fueled in part by its large Richmond production and distribution facility that opened in 2016 just up the street from the Intermediate Terminal site and for which the city floated $23 million in bonds.

“Our Richmond facility is an integral part of our business – supplying almost two-thirds of our distributors. We will continue to invest in our RVA facility, as we’re doing now with a $1 million expansion project currently underway,” Younkin said.

Knowing Richmond’s track record with development giveaways, who thinks that the city will tear down the terminal building and then Stone will cancel their restaurant plans?

This plan is as dead as Stoney’s Coliseum plan. They failed in Berlin and could not control costs but will succeed in RVA??? Yeah sure they are “negotiating.” Any change to the plans would require Council consent and he doesn’t have it. That $8 million from the general obligation bonds left over from the construction of the brewery that was to go to this bistro needs to be pulled and re-directed. They are out of compliance with their agreement. The funds need to be given the schools to help negate the proposed tax increase.

Berlin is much colder than San Diego and RVA is much warmer. Stone’s bistro plans for RVA assumed a San Diego climate and called for full windows in bays that had always been filled with concrete blocks. This lead to shear issues and HVAC load issues that would have stressed the building. Berliners would want to eat outside on warm days and inside on cold days. I wonder what the heating costs were inside the Berlin Bistro, and if Germans even appreciate the idea of dining in an old industrial building and drinking hoppy beers. Interesting that Koch argues that… Read more »