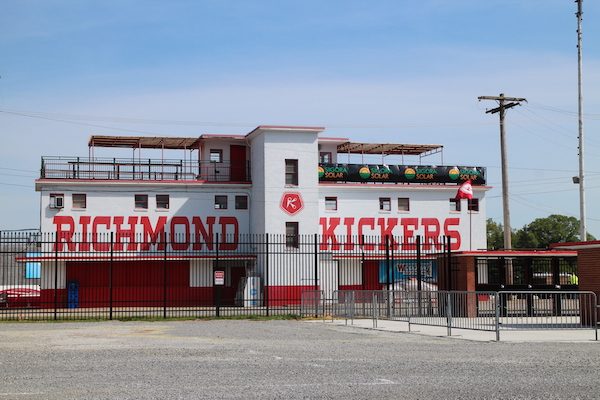 The Kickers’ pro team sold for an undisclosed amount to a group led by Rob Ukrop. (Mike Platania)

The new owners of Richmond’s professional soccer club are looking to net seven figures in new cash as their regime begins.

22 Holdings LLC, a group led by Richmonder Rob Ukrop that recently purchased a majority stake of the Richmond Kickers Pro Team, is raising $2.2 million in equity funding, according to a SEC document.

Ukrop’s group, which includes several of his former teammates from his days playing soccer at Davidson College, closed on the acquisition of the pro team in recent weeks, buying it from the Richmond Kickers Youth Soccer Club. 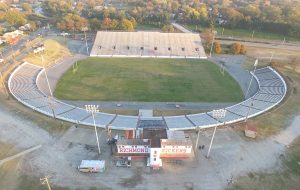 The soccer club is planning $20 million in renovations to City Stadium in the coming years. (BizSense file photo)

The deal first was announced in December. The purchase price has not been disclosed. The nonprofit youth club retains a minority share in the pro team, which is a for-profit business.

Ukrop declined to comment on the capital raise, which has brought in $970,000 from five investors, with the first sale occurring April 3.

The ownership group includes Matt Spear, who played with Ukrop in college and is now the pro team’s president. Spear was Davidson’s men’s soccer coach the last 18 years.

Ukrop was formerly president of the youth club’s board of directors and is now the pro team’s chairman.

The Kickers’ season started in late March. Three games in, the team is ranked eighth out of 10 in USL League One, with two losses and a draw.

The team plays at City Stadium as part of a 40-year lease with the city. Signed in 2016, that deal included the team agreeing to spend $20 million to upgrade the 90-year-old facility. Shortly after, the club signed a local TV deal with CBS6.

Richmond would be a good market for an MLS team

While that’s a nice thought, it’s not likely. Richmond is not a big sports supporter. The Richmond Kickers do well, which is awesome, but their average attendance is about 4,600 as of 2017. MLS is currently averaging over 21,000 as of 2016. I think the Richmond Kickers are the right fit for small market Richmond and their slow, stead growth is a good sign of building a strong , sustainable fanbase.

Additionally it was recently reported the expansion fee for MLS is now at $200 million. Not sure I see anyone ponying up that much around here.

“The Richmond Kickers do well, ”
Really?
By what metric?
They just went down a league and have only scored once this year.
Are they turning a profit?

Actually they’ve scored 4 goals this year, they’ve played 4 games and only won 1. Minor league sports is more about entertainment than standings than major league sports. I would wager that more than half of the people who attend a Flying Squirrels game have no idea what their record is or where they are in the standings. As far as profit, their attendance is solid and has been slowly growing for years but I don’t know what their overhead is so I can’t speak to that.