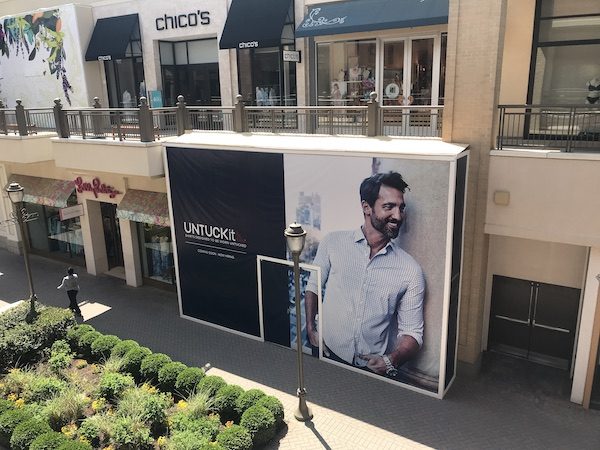 Two new tenants are slated for the region’s busiest mall.

Untuckit, known for its button-down shirts for men and women that are cut a few inches shorter and meant to be worn untucked, is preparing to open a shop at Short Pump Town Center.

Joining the shirt brand at the mall is Frost Gelato, a Tucson, Arizona-based ice cream chain.

Untuckit is opening in a space most recently occupied by Crazy 8, a children’s retailer that closed this year as its parent company goes through bankruptcy in Richmond courts.

Untuckit spokeswoman Serria Thomas said an opening date has not been set, but said they plan to open this spring.

After starting as an online-only business in 2011, Untuckit began opening brick-and-mortar stores around the country. It now has 50 of them, and the Richmond spot is its second in Virginia, joining an Untuckit in Tyson’s Corner. Per startup database Crunchbase, the company has raised $30 million in venture funding.

It also has expanded its offerings to include T-shirts, pants, shorts, shoes and other accessories. Its men’s shirts start at around $90 and its women’s shirts at $80.

Frost, which has 12 stores mostly in the Southwestern U.S. as well as international locations across the Middle East, is expected to arrive in Short Pump before summer.

It’s taking over the old Collared Greens storefront and will be Frost’s first location on the East Coast.

Another recent arrival is local juice bar chain The Pit and The Peel, which opened its fourth location in the region in the mall’s Dick’s Sporting Goods concourse.