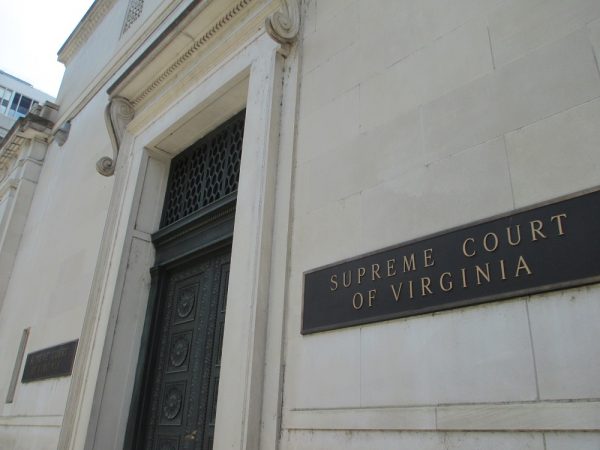 A legal fight between Henrico County and one of its biggest residential developers has made its way to the state’s highest court.

The seven justices of the Supreme Court of Virginia heard arguments Thursday from the county and HHHunt in their dispute over a once-planned connector road between the developer’s Wyndham community and another development it is planning beside it in Hanover County.

Henrico removed the road – a planned extension of Dominion Club Drive – from its future roads plan in late 2016, following HHHunt’s submittal of plans to Hanover for a 55-and-up age-restricted community on 366 acres that includes Hunting Hawk Golf Club. 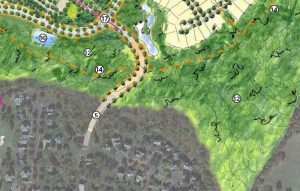 The extension had been planned to connect Wyndham with another HHHunt project across the county line in Hanover. (BizSense file photo)

Wyndham residents rallied for the removal, which prompted a pair of lawsuits from HHHunt against the county and its board of supervisors. The developer maintained the road had been long reflected in county plans and its removal would be detrimental to the Hanover development, which has yet to go before the Hanover planning commission. Henrico argued the road no longer was needed and would not be in county citizens’ best interest.

A circuit court judge upheld the removal last year after a four-day trial. HHHunt appealed the ruling to the Supreme Court, which agreed in December to hear the case.

HHHunt’s petition included supporting arguments from the Home Builders Association of Virginia and the Virginia Association of Realtors, which contended the lower court ruling has far-reaching implications on constitutional rights, vested property rights and the state’s real estate industry.

At Thursday’s hearing, justices scrutinized the vested rights argument, questioning attorney Joseph Pope, who is representing HHHunt with fellow Williams Mullen lawyer Preston Lloyd, whether such rights to property are protected in perpetuity or if protections expire if the planned use of the property is not “diligently pursued” over a period of time.

Deputy County Attorney J.T. “Tom” Tokarz argued that vested rights can expire after five years of inactivity based on statutory actions taken by the Virginia General Assembly. Tokarz said the assembly has said that vested rights do expire after a “reasonable amount of time,” noting that 27 years have passed since plats reflecting the connector road were approved.

Pope maintained the county’s removal should be reversed, arguing HHHunt followed Henrico’s rules and procedures, and its vested rights are based on the plats and roads plan that reflected the Dominion Club Drive extension.

“It’s like taking a test and being told you failed the test because you followed the teacher’s instructions,” Pope said. “They pulled out the rug from under us.”

After hearing from both sides within the span of an hour, Chief Justice Donald Lemons ended the hearing and moved on to the next case. A ruling from the court could be made in the next month or so. 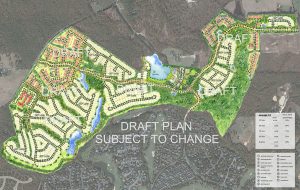 HHHunt Communities President Kim Kacani attended the hearing, as did Dennis Berman, a Wyndham resident and president of The Wyndham Foundation Board of Directors. Outside the courthouse, the two conversed briefly alongside the legal team for HHHunt, which developed Wyndham in the early 1990s.

“We love you all,” Berman told Kacani. “We just don’t want the road.”

In addition to Wyndham, which totals 1,600 homes on 1,100 acres just north of Short Pump, HHHunt’s other developments in Henrico include Wellesley, Twin Hickory and the under-development River Mill.

Despite the Wyndham road dispute, HHHunt and Henrico are working together on an extension of Woodman Road to serve River Mill, with the county contributing $5.7 million for a roundabout and HHHunt covering the rest of the project cost.