Correction: Orange Creative is a Richmond-based firm. An earlier version incorrectly described it as based in another part of Virginia.

Stolen Moment wrapped principal shooting on TV spots for Mothers Against Drunk Driving. The spots for 2019 were awarded by Siddall Communications and are scheduled for delivery this week. 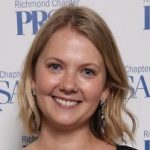 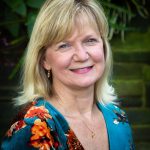 Addison Clark picked up Virginia Diner as a client. The agency is providing e-commerce marketing for the Wakefield restaurant and Virginia peanuts seller’s gift sets and products.

Lythos Studios has been retained to market Auto Daily Deals, a Richmond-based national auction platform for cars, SUVs and trucks. 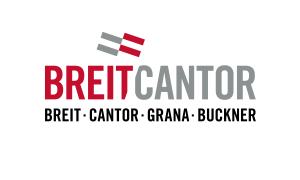 NDP is developing campaigns for Virginia State Police to increase awareness about its HEAT (Help Eliminate Auto Theft) program and Insurance Fraud Program. The police department is re-engaging NDP for the campaigns, having previously worked together from the mid-1990s to 2014. 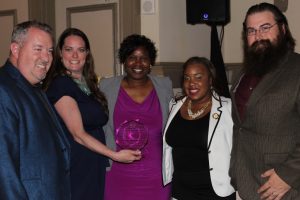 Torx also launched a redesigned site for the New Jersey Convention and Exposition Center in Edison, New Jersey. The site focuses on promoting the center for events, meetings and banquets, and includes an e-commerce component enabling exhibitors to purchase building services prior to an event. 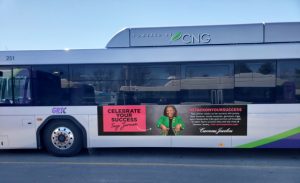 A GRTC bus ad featuring one of the local women involved in the #stackonyoursuccess campaign for Carreras Jewelers.

93 Octane created a logo and website for Grey Market Labs, an internet privacy company based in Arlington. The agency also completed a new collateral system for local software company SingleComm and is working on promotional materials for Catholic Diocese of Richmond’s bicentennial celebration.

Wildfire won a silver and bronze Cannonball at the 2019 Richmond Show for design work for Red Hat, a multinational software company. The agency’s illustration work was featured at the recent Red Hat Summit in Boston.

Fable also created in-branch videos for YMCA of Greater Richmond, part of a campaign that won a Strategic Communications Excellence award at the Y’s 2019 NAYDO Conference.

Think won a Capital Award of Excellence at the Virginia Public Relations Awards for its “One Great CEO” email campaign for the Virginia Council of CEOs. The agency won a Capital Award of Merit for its work on Collegiate School’s fall 2018 magazine. MBM Marketing hired Think to design a brochure and newsletter for residents of Covenant Woods, a retirement community in Mechanicsville.