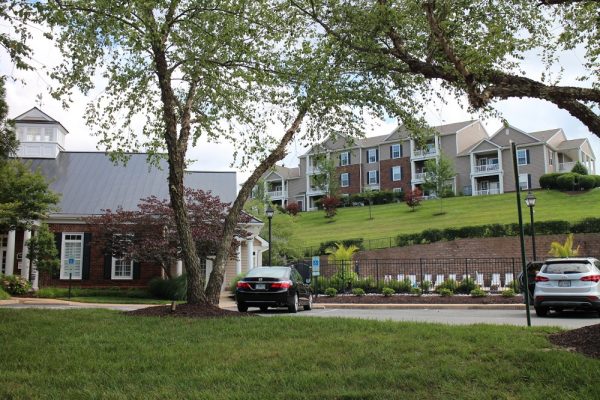 The Park at Salisbury apartments in Midlothian. (Photos by Jonathan Spiers)

One of the highest-profile names in national real estate and politics is making its first push into the Richmond market.

Kushner Cos., the real estate company of President Donald Trump’s son-in-law and senior adviser Jared Kushner, is under contract to purchase two apartment properties in Chesterfield County for a combined $98 million.

The purchases – the New York-based company’s first in the Richmond market – include The Park at Salisbury apartments in Midlothian and the Garden Springs gated complex near Chester. The deal is scheduled to close June 27. 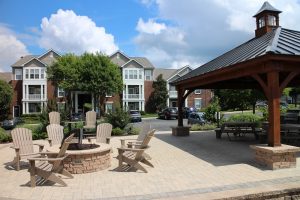 The Park at Salisbury totals 320 apartments.

The seller is Midlothian-based Ronald C. Evans & Associates, which developed both properties and managed them through its R.C. Evans Management Group. Kushner’s Westminster Management will take over management of both properties upon closing.

“Kushner Companies is excited about the acquisition of 532 apartments in Richmond at Park at Salisbury and Garden Springs,” the company said in a statement. “These are quality assets that the company will continue to improve and enhance. We anticipate this to be the first of many transactions in the region.”

Owner and President Ron Evans said his firm received more than 100 offers from prospective buyers around the world for the two properties and a third that was marketed with them. The third property, a 216-unit complex in Lynchburg called The Overlook at Stonemill, is set to sell June 25 for $22.22 million to an entity tied to Castle Lanterra Properties, a New York-based investment group unaffiliated with Kushner. 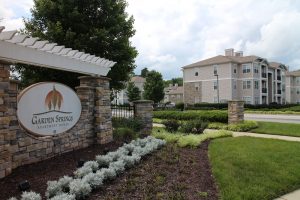 Much interest in properties

Since hitting the market in January, Evans said the properties attracted more than 60 tours in two months before the deal was made with Kushner, which Evans said had been looking to get in on the Richmond market.

“The Kushner group has been looking to get into Virginia, specifically into Richmond, because of the growth and the solidity; the economic base here is very diversified,” Evans said. “Richmond, Virginia, is starting to fold in many more outside institutional and private investors, and I think the Kushner purchase of these properties is an example of that.”

While he said he’s not planning to unload his other apartment properties, Evans said market conditions were right for selling these three.

“The very high price-per-unit values that we were already starting to see in the marketplace and the bottoming out of interest rates being down at historic lows has made cap rates historically low,” Evans said. “It was a good time to take advantage of proven multifamily asset values combined with historically low cap rates.”

“We’re holding on to the rest of our properties and continue to look to grow the portfolio through additional development opportunities,” said Evans, whose company also manages Cambridge Square, a Mechanicsville complex developed by Larry Shaia, who also developed Charleston Ridge.

Evans said the Kushner purchase price breaks down to $60.5 million for The Park at Salisbury and $37.5 million for Garden Springs. The latest county assessment valued the properties respectively at $43.7 million and $29.9 million.

The purchase was facilitated with a $64 million Freddie Mac loan arranged by Newmark Knight Frank. 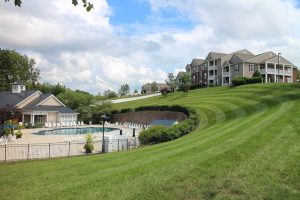 The Park at Salisbury spans 40 acres across Route 288 from Westchester Commons.

Built in 2004, the 320-unit Park at Salisbury fills 44 acres at 401 Lancaster Gate Drive, northeast of the Route 288-Midlothian Turnpike interchange and across 288 from Westchester Commons.

The two properties combined were 97 percent occupied in May, according to an announcement posted on securitization business website Asset-Backed Alert. The announcement said the initial yield for Kushner is projected at 5.5 percent.

The deal comes on the heels of a $1.1 billion portfolio purchase Kushner completed last month for 6,000 apartments in Virginia and Maryland from private equity firm Lone Star Funds.

According to its website, Kushner had $4.34 billion in transactions in 2018, expanding its multifamily portfolio and launching a hotel division. Westminster Management owns and manages over 20,000 garden-style apartments in five states, including New York, New Jersey, Maryland, Pennsylvania and Ohio.

Well why not? Richmond is riddled with slum lords as it is. Let’s not forget Richmond and the metro area have the highest eviction rates as well, and Kushner’s business model thrives on evictions and collecting debts held by the entities he’s acquired.

Advice to tennants there, find sonewhere else to live. He’ll run it to the shambles.

One of many supporting articles:
https://www.baltimoresun.com/maryland/bs-md-jared-kushner-properties-20190224-story.html

do you have any evidence for highest eviction rates? That Princeton study oft cited used, notice of detainer which will obviously overcount eviction

Have you ever been to these beautiful communities? Have you ever worked with RC Evans? I have and I can tell you these are not slums. These are beautifully crafted homes and congrats to a new investor coming in and creating growth. You must be referring to private landlords that own small private homes not large multifamily complexes that are developed with the city/counties and create jobs and help businesses. Do you know who files the most evictions in the City of Richmond- its RRHA. The data that you are referring to is skewed as it refers to evictions filed… Read more »

If you are going to say something like “Do you know who files the most evictions in the City of Richmond- its RRHA.” you should really back it up with some referenced data. Just because you say it in an online forum doesn’t make it true.

David – several universities and newspapers has studied and reports it out A subsequent analysis by the Richmond-Times Dispatch of more than 150,000 court records found that no landlord in the state threatened to kick out more of their tenants last year than the Richmond Redevelopment and Housing Authority, an organization whose mission is to provide housing for those who otherwise can’t afford it The authority filed 1,460 eviction lawsuits against tenants living in the 4,000 apartments it manages, The Times-Dispatch found. Princeton University’s Eviction Lab found similar numbers in actual evictions with state average at 5.2%, Richmond City at… Read more »

While I agree I thought the Princeton study hadn’t mentioned actual evictions? I should try to find it and re-read it. But I think that study is oft cited for things it never actually studied. (if anyone has a cite to the study, it would be great to see it)

There are a lot of factors involved in the methodology to get those numbers. Including multiple suits against people living in units that no longer had a lease. I would also want to look at how many other localities in Virginia actually have a housing authority. I wonder what the numbers would say if you only looked at individual cases where people had a lease and used that as a percentage of total low income units a landlord controlled it might not be that far off base. I don’t know, but reading the articles the do call into question some… Read more »

“…[N]o landlord in Virginia threatened to kick out more of their tenants last year than RRHA.”

I think the data are pretty clear.

Wonder if this is in one of Chesterfield’s Opportunity Zones.

I wouldn’t touch any project that Kushner is involved in with a ten foot Lithuanian.