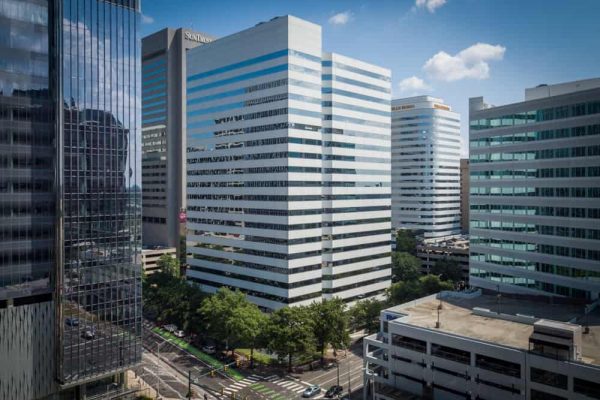 HCA Healthcare Capital Division is relocating its management offices from The Boulders office development in Chesterfield to the former Bull & Bear Club space in the One James Center. (Photos courtesy Riverstone Properties)

HCA Healthcare Capital Division, which oversees 18 hospitals throughout Virginia, Kentucky, Indiana and New Hampshire, is relocating its management offices to the former Bull & Bear Club on the 21st floor of One James Center at 901 E. Cary St.

Brandon Mencini, HCA Healthcare senior vice president of strategy and development, said in an email the move to the James Center will allow HCA to bring a majority of its management team under one roof.

Construction to build out the space is scheduled to begin toward the end of summer, Mencini said, with a projected completion and move in date scheduled for the first quarter of 2020.

While an investment amount was not disclosed, Mencini said the firm is in the final stages of design and construction elements for the project.

The Bull & Bear Club was a private membership club in downtown Richmond, best known as a gathering spot for business professionals for nearly 50 years.

Dwindling club numbers felled the establishment, forcing the club’s executive committee to close its doors permanently on May 31, 2015. 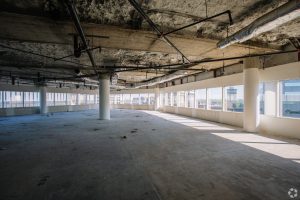 The space, which has sat vacant for nearly five years, was gutted and has since served mainly as storage for the lighted reindeer used to decorate the James Center courtyards during the holidays.

With some of the best views of downtown Richmond, Riverstone Properties – James Center’s owners since 2017 – have been working to find one main tenant or multiple tenants to take over the space.

Meanwhile, renovation work to the atrium, which connects Two James Center, Three James Center and the Omni Hotel, is underway.

Restaurant chain Chopt announced last month plans to open a second metro Richmond outpost in the complex, while local health food brand The Pit and The Peel opened in November 2018. Computer repair shop Experimac opened in the complex in March.

Other atrium restaurants include Arby’s and Sesame Sushi. Starbucks also is planning to renovate its space in the building.