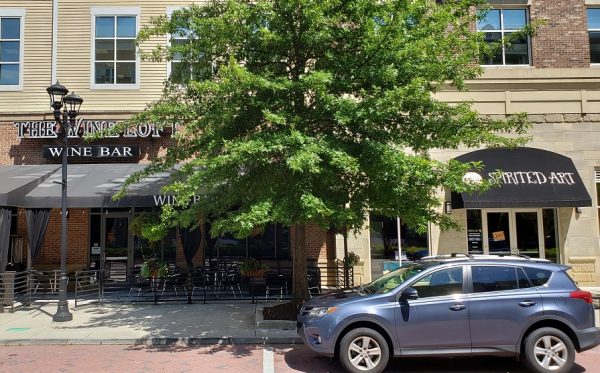 The Wine Loft and Spirited Art in Glenn Allen’s West Broad Village will become the location for Bartizan. (Photos by Josh Cozine)

The operators of a sprawling residential estate-turned-event venue – colloquially referred to as the “castle in Goochland” – are branching out into Short Pump.

Dover Hall Experiences, the management side of the 33,000-square-foot Dover Hall estate at 1500 Manakin Road, are launching Bartizan, a new event venue, restaurant and bar in West Broad Village.

Bartizan is slated to open this fall in two adjoining storefronts currently occupied by The Wine Loft and Spirited Art.

It’s modeled as an offshoot of what’s offered at Dover Hall, with the Bartizan name designed to describe a smaller, more intimate space extending from a castle for an elevated entertainment experience — a play on the architectural term “bartizan,” a small elevated turret jutting out from a castle wall. 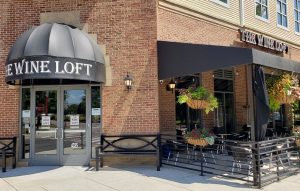 Bartizan will predominantly take over The Wine Loft’s space.

While Spirited Art will ultimately close to make way for the new venue, The Wine Loft, which opened in 2010, will essentially be converted into Bartizan through a name change and interior upgrades. The Wine Loft’s staff will remain while bringing in members of the Dover Hall team, and it will still operate much the same as a wine bar and restaurant, save for the days when it will host special events, à la Dover Hall.

The ownership also will be familiar, as The Wine Loft and Spirited Art owner Jeff Ottaviano is co-owner of Dover Hall Experiences. He’ll run Bartizan with DHE partner Chad Hornik.

They said the main driver behind Bartizan was the success of the Dover Hall Experiences brand, and that they just don’t have enough days in the year to schedule all the requests they get for events at Dover Hall. They also thought that the nearby West Broad Village was the perfect site for a smaller and less expensive venue option, and they already had the real estate.

“We get over 100 leads a month here (at Dover Hall) and were only able to book, maybe, 5, 6 or 7 percent of those,” Hornik said. “We looked at it and said, ‘We’re turning away all these hot leads,’ and we really wanted the opportunity to do the events that we can’t do.” 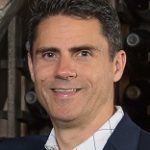 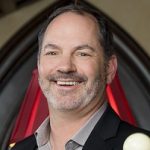 “And there’s plenty of lodging for events right there,” Ottaviano said.

They’re in the design phase for interior renovations for the space, which will have 5,500 square feet across the two storefronts at 4029 and 4035 Whittall Way. They plan to do all the renovations themselves.

Current plans call for a main floor and dining room that can seat up to 150, an upstairs loft and a big event space taking over the Spirited Art storefront.

They’re betting that size can service a larger range of guests with more affordable pricing compared to Dover Hall.

“It’s going to be a more intimate space than Dover Hall at a more attractive price point as well,” said Hornik, who also has a background in restaurants as the owner of several franchises of The Melting Pot, a fondue restaurant chain, owning up to 11 locations at one time across different states before selling some off. He currently owns three locations.

Ottaviano and Hornik met 12 years ago and partnered up in July 2017 to start Dover Hall Experiences. They manage the estate for owner Kevin Brandt, an executive with Goochland-based investment firm James River Capital, who bought the 55-acre property for $5 million in 2013. Dover Hall was originally built in the late 1990s as the private residence for Dennis and Cindy Pryor.

DHE has since launched a bed-and-breakfast concept at Dover Hall, in addition to renting it out for events. Rooms at the B&B go for $295 to $695 a night.

Besides what they see as an obvious business case for Bartizan, Ottaviano said the transition from The Wine Loft was seamless.

“It’s almost like I sold it to myself and Chad, with the whole Dover Hall team behind it, which is really exciting,” Ottaviano said. “We just transferred ownership from my Wine Loft Company to Dover Hall (Experiences), and brought in Chad as my business partner. It was really more of a merger into Dover Hall.”

Are there still plans for a restaurant and wine tasting room at Dover Hall ?