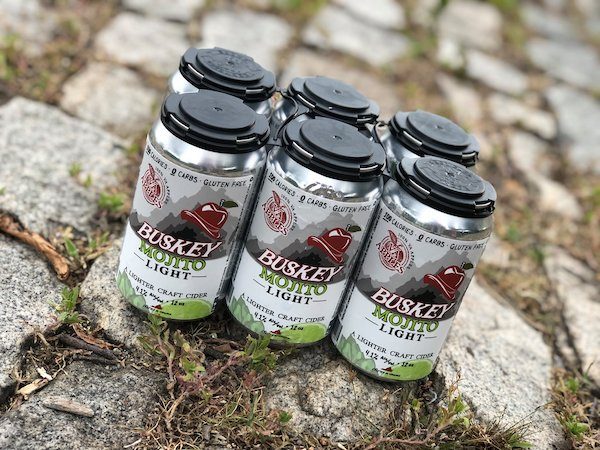 In response to the growing popularity of hard seltzers, Buskey Cider has rolled out a comparable light cider of its own. (Courtesy Buskey Cider)

Will Correll was at a party recently when he saw some normally beer-loving friends passing on their usual brews and instead reaching for hard seltzers.

Correll, who with his wife Elle owns Buskey Cider in Scott’s Addition, realized then the popularity of such seltzers and other “soft” hard beverages might not be a flash in the pan and decided to get in on the action. 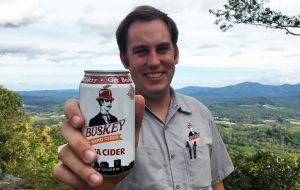 Founder and CEO Will Correll with a can of cider. (Buskey)

This month, Buskey rolled out a light, 100-calorie mojito light cider to contend with the likes of popular hard seltzer brands such as White Claw, Truly and Henry’s.

Correll describes the category that hard seltzers and Buskey’s light cider fall under as the better-for-you category of craft beverages. At 4.1 percent, it’s the lowest ABV cider Buskey’s made, he said.

“When I saw seltzers I was pretty skeptical,” Correll said. “But the good-for-you thing is not a gimmicky trend. It’s a decade trend, not one or two years. I had a bunch of distributors and customers asking if we were going to make a seltzer, I understand why they wanted that.” 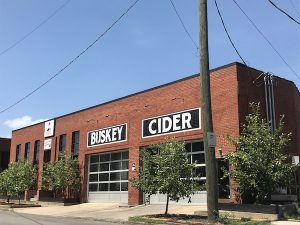 “We know that people want it to be roughly 100 calories, and be low-carb and refreshing. What we don’t know is if they’d want it to taste like mojito or something else,” Correll said.

“This is a fun one. It kind of reminds me of the old days when we really needed customer feedback and to hear what people thought about the cider.”

Buskey’s rolling out the light cider at its taproom and through distribution, through which it sells cider to most of the state. Correll said the company has signed on to add Northern Virginia to its distribution map this summer as well.