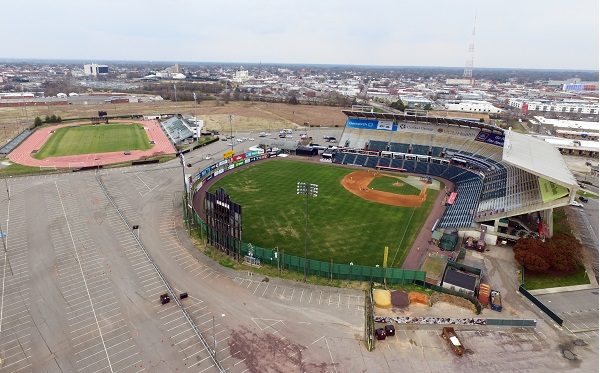 With one land deal closed and another under contract, two state agencies took further steps last week in their plans to relocate from the city to Hanover County.

The commonwealth closed July 24 on its $8 million purchase of nearly 40 acres owned by Bill Goodwin’s Riverstone Properties near the Interstate 295 and Pole Green Road interchange, where it will be building a new headquarters and distribution center for the Department of Alcoholic Beverage Control.

The deal was confirmed by Dena Potter, spokeswoman for the Department of General Services, a state division that’s been working with ABC to relocate its headquarters from Hermitage Road, across from The Diamond.

Site work for the new ABC facility is set to begin this fall, Potter said, with design and engineering work already underway.

The agency plans to move from 2901 Hermitage Road to Hanover by spring 2021, freeing up the city site for potential reuse. The Hermitage property has been discussed in recent years as a likely site for a new baseball stadium to be shared by the Richmond Flying Squirrels and VCU. 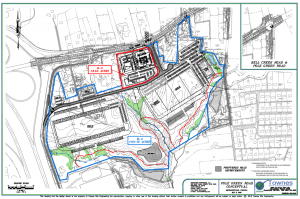 ABC would occupy a three-story, 95,000-square-foot office building and a 315,000-square-foot warehouse building that would be expandable by 84,000 square feet on the 40 acres it purchased, according to plans filed with the county in April.

Unaffiliated with the ABC portion of the project, Riverstone would develop two additional warehouses totaling about 473,000 square feet on about 73 acres, along with an 8.9-acre parcel fronting Pole Green Road that would accommodate a 25,000-square-foot retail center, and two pad sites for a restaurant and gas station.

Riverstone estimates the remaining taxable properties, which include the 473,000 square feet of warehouse space and the 8.9-acre retail development, could generate about $707,000 annually in sales tax revenue for the county, and about $285,000 in annual property taxes.

The Hanover County Board of Supervisors voted 6-1 in May to rezone the 113-acre site to accommodate a mix of industrial and commercial uses – only after Riverstone agreed to the county’s request to increase its proffer amount from $12,500 an acre to $20,000 an acre for a portion of the planned development that’s linked to ABC, pending relocation.

The state has been working with Tennessee-based H&M to develop the site since the Virginia General Assembly identified it in June 2018 as the preferred location for ABC’s existing complex in the city. Riverstone plans to develop the remaining portion of the property itself. 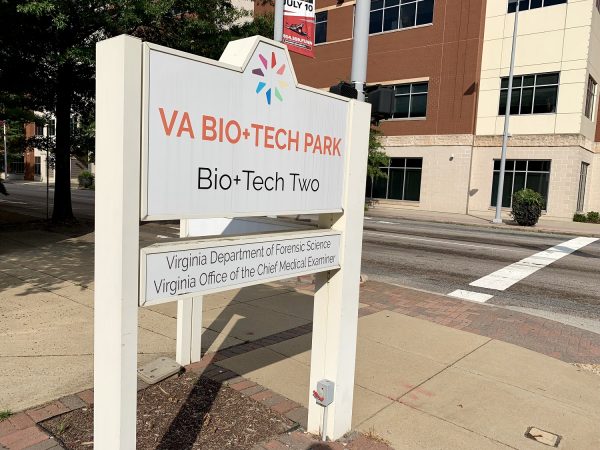 Both the Department of Forensic Science and Richmond Division of the Office of the Chief Medical Examiner is located in the Virginia Biotech Park downtown. (Photos by J. Elias O’Neal)

ABC isn’t the only state agency eyeing a move to Hanover.

The Commonwealth announced last week that the Department of Forensic Science is under contract to purchase 24.8 acres near Times Dispatch Boulevard and Studley Road in Hanover’s Atlee Station, where it will construct a new 283,000-square-foot Central Forensic Laboratory and Office of the Chief Medical Examiner facility. 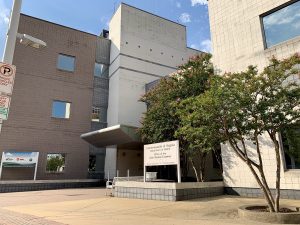 The Richmond division of the Office of the Medical Examiner is set to move from 57 E. Leigh St. to the Atlee section of Hanover County.

All three parcels most recently were assessed by the county for about $3.6 million, according to county property records. An expected closing date for the deal was not released.

The new facility would join several nearby existing businesses, including the Owens & Minor corporate headquarters and the Richmond Times-Dispatch’s printing operation.

DFS has operated its Richmond medical examiner location at 57 E. Leigh St. in the Virginia Biotechnology Research Park downtown since 1998, employing about 100 people, according to its website. It also operates similar facilities in Norfolk, Manassas and Roanoke.

The move to Hanover does not involve the DFS building at 700 N. Fifth St., which will remain in operation. 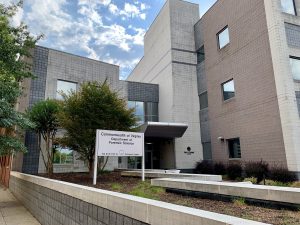 The Department of Forensic Science will remain at 700 N. Fifth St. downtown.

With the OCME division pressed for space downtown, state legislators gave DFS approval in 2018 to either expand or renovate its existing facility downtown, or construct a new facility elsewhere.

DFS decided against renovating its current location after cost overages, and other inefficiencies with the structure, were discovered during the initial design phase. Working with DGS, the agency soon issued a request for proposals for a new Richmond facility, receiving about 16 responses before the agency settled on its site in Atlee Station.

Once OCME vacates its existing building on Leigh Street, Potter said the state will determine whether to retain or sell the property.

Why has the state of Virginia hired an out of state firm to handle site development for it’s new ABC HQ? Seems logical to want to keep the money and jobs within the state.

There was an RFP over 2 years ago. Apparently the winning firm had a more attractive package for a turn-key project (land acquisition, construction and financing).
https://richmondbizsense.com/2017/06/12/abcs-begins-search-for-new-hq-could-free-up-land-for-new-stadium/