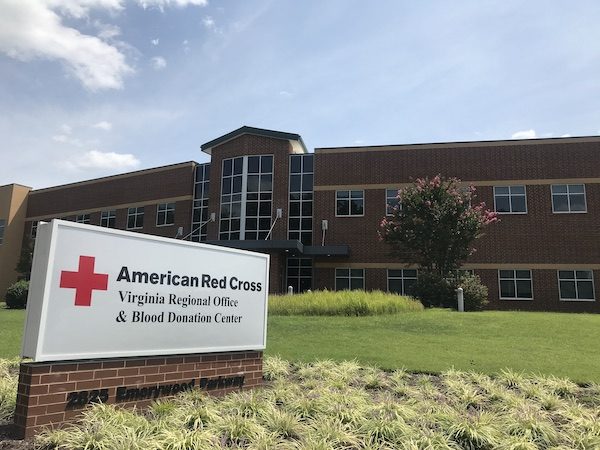 The nonprofit will share space with Virginia Blood Services, which it acquired last year. (Photos by Mike Platania)

The American Red Cross of Virginia has listed its building at 420 E. Cary St. for sale with a $3.1 million asking price.

The nonprofit is moving its headquarters to 2825 Emerywood Parkway, home to Virginia Blood Services, which the ARCV acquired for an undisclosed amount last summer.

Spokesman Jonathan McNamara said the move to Henrico was built in as part of the VBS deal.

“We acquired a number of Virginia Blood Services’ physical locations,” McNamara said. “The Emerywood facility really allows us to offer the full services of the Red Cross in a space that suits us.” 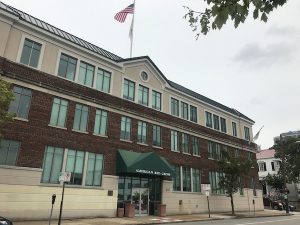 The Red Cross is asking $3.1 million for its building near the intersection of East Cary and South Fifth streets.

The Red Cross had operated on Cary Street since 1998, using the building as its regional headquarters, housing mostly offices and administrative space, as well as an emergency operations center for its disaster services team.

McNamara said they’re gradually moving staff to the new office in order to avoid having any interruptions in service. They expect to be fully moved into the Henrico space by Nov 1.

The East Cary Street building is listed with JLL’s Gareth Jones. The three-story, 36,000-square-foot building most recently was assessed by the city at $3.2 million.

The 95-year-old Cary Street building sits on about one-third acre and is on the outskirts of an area of downtown that’s gaining increased interest from developers of late. That’s fueled in part by city efforts to create an overlay zone that covers much of Monroe Ward to encourage denser development, particularly on surrounding surface parking lots.