The ripple effect of the collapse of LeClairRyan continued to be felt locally this week, most notably with a Baltimore-based firm opening its first Richmond office as a result.

Miles & Stockbridge, a 93-year-old firm with offices in Maryland, Washington, D.C. and Northern Virginia, is opening an office in downtown Richmond, to be manned by 10 attorneys, the bulk of whom are formerly from LeClairRyan.

Leading the new office is Tom Wolf, a veteran commercial litigation lawyer who had been with LCR for 17 years before it began to formally dissolve in recent weeks. 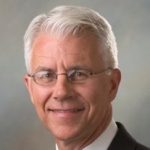 Wolf brings with him his team from LCR, made up of Gretchen Byrd, Joseph Rainsbury, Kenneth Stout and Jason Goldsmith.

John “Jack” Robb III, who had been with LCR in Richmond for 11 years before leaving two years ago to become in-house counsel and COO at litigation finance firm HMR Funding, also is joining Miles & Stockbridge. Two other unnamed attorneys are joining him.

Carl Schwertz, who has worked at Miles & Stockbridge’s Tysons office, will make the move to the new Richmond office as well.

Nancy Greene, chairman of Miles & Stockbridge, said the firm has for several years been plotting a larger presence in Virginia, including in Richmond. 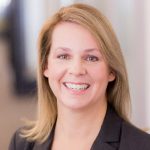 “We have a mid-Atlantic strategy,” Greene said. “We basically want to dominate and be the firm of choice in the Maryland, Virginia and Washington D.C. market. We really felt we needed to have more lawyers and more locations in the Virginia market.”

Greene said Wolf is one of many attorneys the firm spoke to previously and that LCR’s dissolution gave it the opening to finally make a move.

“Lawyers in our firm had known Tom, we’ve talked to him in the past; now with things going on and folks from LeClairRyan looking elsewhere, it became an opportunity to revisit,” Greene said.

Wolf said he was pleased to be able to bring his entire team from LCR and all his clients.

“I did get a lot of calls and talked to a number of firms. I was looking for one that seemed compatible with my approach to the practice of law, which is dedication to excellence and having fun doing it.”

Fittingly, Miles & Stockbridge is setting up shop in Richmond in the SunTrust Center, where LCR’s headquarters also resides.

The firm has leased temporary space in the tower’s 11th floor, which it will open for business next week. 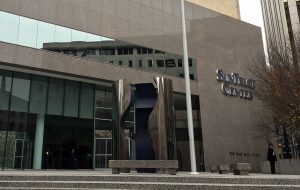 Miles & Stockbridge will also be taking up office at the SunTrust Center downtown. (Mike Platania)

Greene said the firm is in negotiations for more permanent space in the building, with room to be able to accommodate 15 attorneys in Richmond in the near term and to potentially double that count in the future.

“We’re also looking for expansion options on the theory that we’d like to get to 30 lawyers in a reasonable amount of time,” she said, adding that the firm will keep its eye out for attorneys with practices in real estate, finance, government contracts and product liability.

With the new additions in place, Miles & Stockbridge has 231 lawyers across six offices, four of which are in Maryland.

It’s the second firm from Baltimore to expand into Richmond with a batch of former LCR attorneys. Whiteford Taylor & Preston made a similar move last year led by longtime LCR partner Vernon Inge, who since has lured a dozen others to join him.

It appears nearly all of LeClairRyan’s attorneys have found new places to practice while the shell of what’s left of the firm continues to wind down.

Locally this week, Richmond firms Hirschler and Eckert Seamans announced they picked up attorneys that had jumped from LCR.

Eckert Seamans announced the addition of Chris Perkins, who most recently had been the head of LCR’s Richmond office, as well as Brendan Horgan. Gerald Ragland will join Eckert Seamans’ Washington, D.C. office 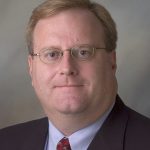 Among those who also left LCR this week was CEO Erik Gustafson, who had held the top post since 2015.

Gustafson said his last day with the firm was Tuesday and that he left of his own accord. He said he’s still weighing his options as to where he’ll land next.

“I wish all of my former colleagues success in the places they’ve found,” Gustafson said when reached by phone Wednesday.

The firm’s dissolution is expected to play out for at least several more months in its current form, largely occupied by billing, and collections of accounts receivable and attorney file transfers.

General counsel Lori Thompson, who also ran the firm’s Roanoke office, continues to lead the dissolution process despite having joined law firm Spilman Thomas & Battle, a West Virginia firm that is opening an office in Roanoke as a result.

Chris Lange from the firm’s Richmond office also is helping lead the dissolution.

Thompson and Lange did not return calls on Wednesday.

Spilman, Thomas & Battle actually already had an office in Roanoke. They merged with another firm there some years ago.