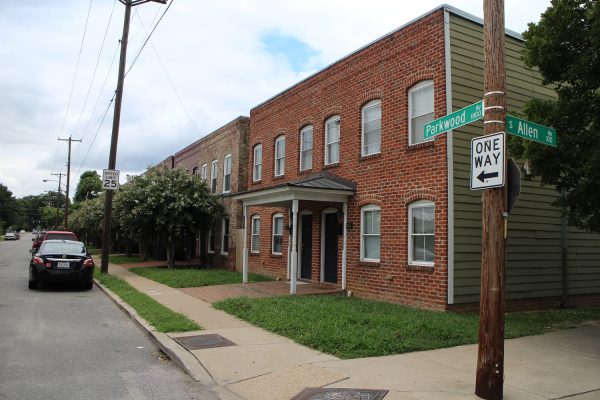 The portfolio includes nearly all of the homes lining the 1800 block of Parkwood Avenue. (Jonathan Spiers)

A residential portfolio totaling two dozen rental properties scattered across Richmond is in the hands of new owners, whose city holdings now include nearly a full block of rowhouses along Parkwood Avenue.

The purchases were made through an entity called Rali R&E LLC. The transaction closed May 31.

The bulk of the purchases consist of all but two of the 20 homes that line the 1800 block of Parkwood Avenue, facing the Downtown Expressway just west of the toll plaza. Nineteen of the purchased homes were included in the portfolio, while an additional unit was purchased separately from an individual homeowner for $227,000.

Richmond property records show that the latest city assessment valued the 24 properties that make up the portfolio collectively at $6.3 million.

Bohm and Semir were represented in the purchase by Ralph Reahard of Real Property Management Richmond Metro. Clachan Properties was represented by One South Commercial’s Tom Rosman and Justin Sledd. 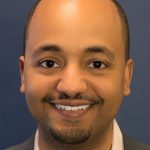 Semir, a VCU alum who’s owned properties in Richmond since graduating, said he and Bohm were drawn to the portfolio for the properties’ proximity to his alma mater.

“Controlling a block in downtown close to VCU is very attractive and has value,” Semir said. “As is, it’s a decent portfolio, but the potential for what it can be is what I’m really excited about.”

He and Bohm, a vice president and deputy chief underwriter at Walker & Dunlop in Bethesda, Maryland, formed James River Housing Partners after meeting in D.C., when Semir was getting his master’s degree in commercial real estate finance at Georgetown University.

Since starting James River Housing Partners in 2017, the pair has acquired two mixed-use properties in Richmond: the Simon Cycle building at 10 W. Broad St., which they purchased last year for $2 million, and a three-story apartment building with ground-level retail at 1710 E. Franklin St., which they bought for $2.8 million in 2017.

Semir said the Clachan portfolio had not been publicly marketed when One South reached out to them and other buyers they thought would be interested. Both of their previous deals also were brokered by One South and Reahard.

“They knew that we could perform and could vouch for us,” Semir said of One South. “We got a first look at the portfolio and sized it up and made an offer, had a couple of rounds of back-and-forth negotiation and then got it under contract at a very attractive price.

For the Parkwood block, he said those additions would include rooftop decks and interior renovations, while the exteriors would remain largely unchanged.

Portfoliowide, he said they have spent up to $100,000 on properties so far in updated flooring, renovating kitchens, roof work and immediate-need repairs. Semir said rent increases eventually would follow.

“We’ve kept rents mostly flat,” he said. “This wasn’t a rent-increase goal. This was more of we want these properties to look great and would consider potentially increasing rents sometime in the next year.”

Clachan Properties owns and manages about 500 rental units in Richmond, primarily in the VCU area, as well as in North Carolina and South Carolina, according to its website. Led by principals Herbert Coleman III and Hugh Shytle, the company was founded in 2003 and has completed about $150 million in historic tax credit renovations.

A call to Coleman for comment on the deal was not returned.

Semir said he and Bohm have their eyes on additional properties around town. He said they have offers out on two deals right now.

“We’re looking for properties that fit our niche and we go after them,” Semir said

interesting. I hope they keep up the upkeep there