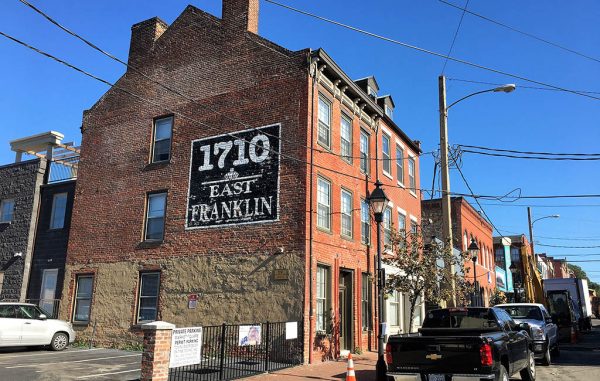 More investors are finding their way to the Bottom, as another series of the neighborhood’s redeveloped buildings has landed new owners.

Kevin Bohm and Ali Semir, co-founders of James River Housing Partners, on Monday closed on the purchase of 1710 E. Franklin St. for $2.8 million.

The transaction, which has not been recorded with the city, included the three-story, 13,000-square-foot building and its 17 apartments with ground-level commercial space.

The seller was Richmond-based Historic Housing, which is owned and operated by a local development group led by Louis Salomonsky and David White. They first purchased the pre-Civil War building in 2015 and redeveloped it in 2016.

It’s the second property the development company has sold in the neighborhood in recent weeks, following the $6.3 million sale of a mixed-use complex at 1321 ½ E. Main St., known until recently as the Wedge at Courtyard Lofts.

The apartments and commercial unit at 1710 E. Franklin are 100 percent occupied, Semir said. The property most recently was assessed by the city at $2.5 million.

White and Salomonsky could not be reached for comment Thursday evening, but White said earlier this month they’re shuffling their portfolio to focus on other pending developments, including Scott’s View, a proposed two-building apartment project at 1400 Roseneath Road.

Ralph Reahard, owner of Richmond-based Real Property Management, said he represented James River Housing during the transaction and that his firm will be leasing and managing the property. One South Commercial brokers Tom Rosman, Ryan Rilee and Justin Sledd represented Historic Housing.

Reahard is also a partial investor in the deal, declining to disclose the terms on his end.

Both Semir and Bohm are familiar with the market, having secured and grown holdings here since 2005. James River Housing Partners owns several mixed-use and multifamily properties across the city, including in Oregon Hill and Randolph West, Semir said.

Bohm said the firm jumped at the asset as soon as it was listed because of rising activity in the Bottom.

“We’ve been looking for a property in the downtown area of Richmond for a while,” he said. “We honed in on Shockoe Bottom based on what’s been going on with the redevelopment of the farmers’ market, new restaurants coming into the area and the completion of the Main Street Train Station.”

Semir, a VCU alum who graduated from its Kornblau Real Estate Program, said the company is scouring other areas for similar investments, including Manchester and Jackson Ward. 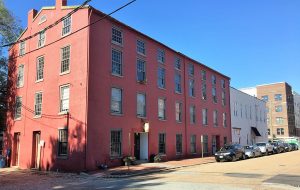 Located behind the Edgar Allan Poe Museum, the four-story building had been owned by Charlottesville-based PJB 2020 LLC. It was assessed most recently at $1.5 million.

Constructed in 1849 and redeveloped in 2006, the building includes 11 apartments and two ground-floor commercial spaces, Hamilton said. He said the new owners plan to maintain the property as an income-generating asset.

A few blocks away, the three-story building at 1701 E. Main St. sold in late September for $495,000. Broker Faye Hager with Virginia Capital Realty worked the deal.

The property houses two apartments on the second and third floors, and vacant commercial space on the ground floor. Hager said the owner, 1701 E Main Street LLC, isn’t sure what will go on the commercial unit.

The Bottom’s recent hot streak has been fueled by acquisitions, new restaurants and a startup incubator in the works.

It soon will join Lickinghole Creek Craft Brewery’s new taproom at 1717 E. Franklin St. and a future restaurant in space being developed by Blackwood Development and UrbanCore in the former Calypso Café at 1718 E. Franklin St.

The moves have been fueled at least in part by the city’s efforts to update the area with redevelopment of the farmers’ market and renovations to Main Street Station. Plans also call for expanding the Virginia Capital Trail to Main Street Station and potentially to the Tyler Potterfield Bridge that connects downtown to Manchester.

Colliers is very pleased to have had the opportunity to represent the family trust that owned the Enders building, which was renovated by Property Results about fifteen years ago. Its a great building and the investor will earn substantial returns on it for years to come. A big thank you goes out to the Poe Museum, next door, for allowing us to use their parking during the tours.

Marshall Adams, 11 units, is on the market. Give me a call if you want to get into the scene.

[…] Bottom recently has drawn the attention of brewers, restaurants and other developers, driven in part by renovations of the 17th Street Farmers’ Market and Main Street […]