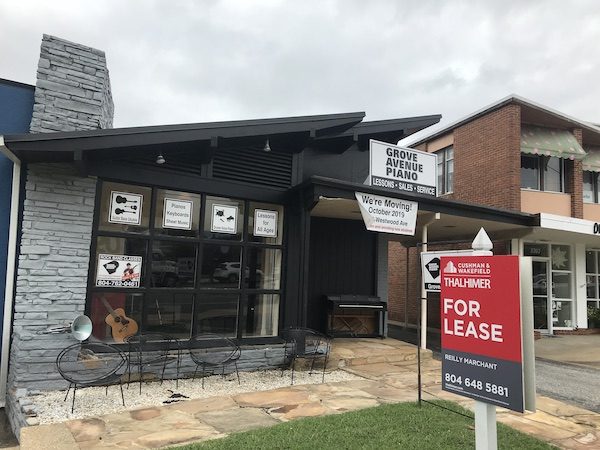 Grove Avenue Piano is leaving the Libbie-Grove corridor. Its space was formerly home to Key Signatures. (Photos by Mike Platania)

A West End music shop soon will be playing a different tune as it moves away from its namesake street.

Ryan Corbitt started Grove Avenue Piano in 2012 while giving piano lessons at Tabernacle Baptist Church in the Fan at 1925 Grove Ave. Corbitt also co-founded Songwire Studios, which he sold to fellow local studio Spacebomb in 2014. He’s been the pianist at Tabernacle since 2006. 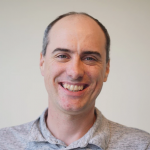 “I set up a piano lesson program there in these old Sunday school rooms,” Corbitt said of the church. “I grew a piano-only lesson plan there that ran about five years in the Fan and also started to do piano tuning.”

In late 2016, Corbitt got word that Key Signatures, another music shop, was closing on the Libbie-Grove corridor. He bought Key Signatures’ equipment, rebranded it as Grove Avenue Piano and started selling used pianos as well.

“Most of the (Key Signatures) staff wanted to continue teaching, and most of the students wanted to stay on, so I put my brand in front of it and redesigned the lesson plan here,” Corbitt said.

Grove Avenue Piano continued there for the next few years until its lease was up. Corbitt said having it as a full retail front wasn’t ideal.

“It became apparent that even though it’s cool to have a shop out front, 95 percent of our business is music lessons,” he said. “The issue is it looked like a piano store, but we do more than that.”

Corbitt said he wanted to stay in the Near West End and found a 3,000-square-foot space that’s across the street from Topgolf, which is slated to open this fall. 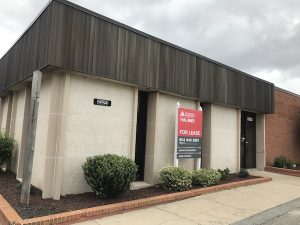 The business is moving to a 3,000-square-foot space across from Topgolf on Westwood Ave.

Corbitt said the new building is being renovated to have a large lounge area and performance spaces. He and his staff of 10 are looking to get moved in by October, and he said they’ll continue to offer piano lessons at Tabernacle.

Corbitt said as Westwood Music Club, they’ll get away from retail piano sales and focus more on music lessons, camps and classes. In addition to piano, the company also offers classes for drum, voice and guitar.

“We call it a club because it’s much more like signing up for a subscription service and joining a community of people with similar interests,” Corbitt said.

Welcome Ryan. We are glad to have you as a tenant. NORBRO (north of broad) is coming together! Stay tuned. TopGolf opens early Oct.