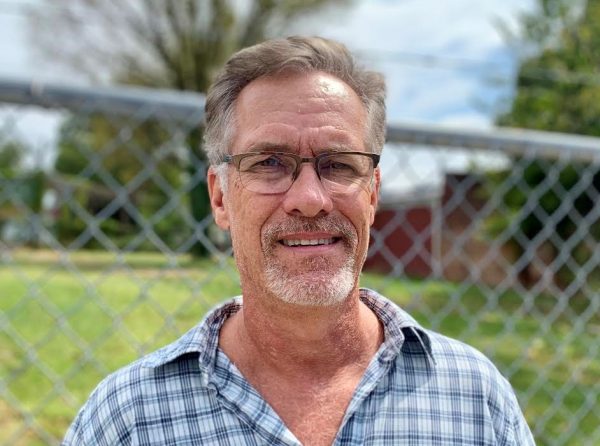 A local businessman, who was involved in the completion of a once-controversial West End condo project, is growing his city holdings south of the river after assembling 10 properties on a Manchester block that’s surrounded by flurry of private investment.

David Posner, who helped complete The Tiber condos on Libbie Avenue, in recent months has spent a combined $1.5 million to purchase a portfolio of buildings and vacant lots on or around the 1300 block of Hull Street. 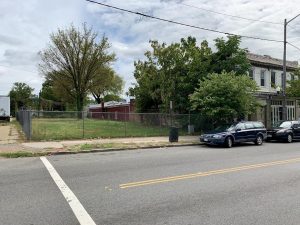 The vacant lot at the corner of Hull and East 13th streets in Manchester is part of a portfolio of properties that now belongs to Posner.

The properties sit on a total of about 1 acre and most recently were assessed by the city at $951,000 combined. Posner made the acquisitions through his Andrew Management LLC.

The deals have made Posner one of the largest property owners along the Hull Street corridor south of Commerce Street.

“I feel like I hit the lottery,” Posner said. “I’ve been approached by several real estate investors and developers wanting to do a deal to develop the property, but I’m not at that point yet … I’m playing it by ear.”

Several of the existing structures on his sites, which include a 4,400-square-foot building at 1308 Rear Hull St., and a pair of storefronts at 1312 and 1314 Hull St., date to the area’s historic commerce and industrial boom of the mid-1920s. 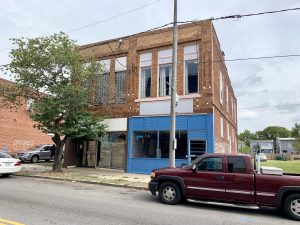 As part of his Manchester acquisition, Posner now owns 1312 and 1324 Hull St.

Posner also owns 1212 Hull St., which he purchased about four years ago for $310,000, according to city property records. The 0.3-acre site includes a 20-space surface parking lot and a one-story, 4,200-square-foot building.

“It’s a lot of vacant land to have in Manchester,” Posner said. “There is a lot of potential … At this point it’s making sure it’s going to be a good fit for the neighborhood.”

All of Posner’s Hull Street properties are zoned B-5 Central Business District, a designation introduced in the neighborhood last year. It increased the allowable building height to a maximum of five stories and reduced parking requirements, eliminating them entirely for commercial uses and for apartments, condos and hotels with less than 16 units.

With that zoning in place, Posner, who also owns Chester-based events firm Royal Productions, said redevelopment of the parcels is imminent.

“I’ve got several options and ideas,” he said.

For example, Posner said he would like to work with either a restaurant or brewery operator to lease 1308 Rear Hull St., given its high ceilings, open space and exposed brick in part of the structure. 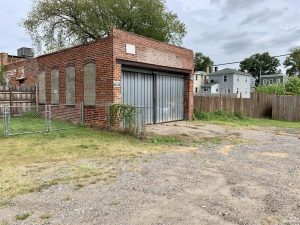 This former garage is connected to 1308 Rear Hull St., which Posner has marked for either apartments or a brewery.

“You could do a lot with this space,” Posner said while viewing his 1308 Rear Hull St. property last week. “It has really tall ceilings, which make it perfect for brewers to place their tanks … There’s an area for a large bar area, open space for seating, and a place that could be dedicated to live music.”

He said the neighboring vacant 0.14-acre lot at 1302 Hull St. also could be converted into a massive entertainment amenity to accompany a brewery.

“There could be a place for corn hole or sand volleyball … outside benches,” Posner said. “Manchester needs more places for entertainment, and that’s all a possibility here.”

Posner also has contemplated adding a restaurant at 1314 Hull St.

Then there’s adding to the housing stock in the neighborhood, which continues to post some of the most impressive multifamily unit starts in the city.

“I’ve thought about turning the (1308) Rear Hull Street property into four 1,000-square-foot apartments with some patio space, or just leveling everything and going vertical with a 120-unit apartment or condo project,” Posner said.

In the meantime, Posner said he’s trying to change some of the structures into income-producing properties by renovating the existing apartment on the second floor of 1314 Hull St. He’s also had interest from retailers and businesses about his 1316 Hull St. storefront.

“I’m not a restaurateur or brewer, but something like that would do great down here,” Posner said. “I’ve spoken with several people who are interested in doing something with this site because it is so large … But I’m in no hurry, I can wait.”

Often referred to as Manchester’s Main Street, the Hull Street corridor has had a flurry of commercial and residential redevelopment.

Jeremy Connell’s Pareto LLC and The Monument Cos. are working to redevelop the old City Hardware building at 1317 Hull St. RJ Smith Cos. completed renovations to its buildings at 1319 and 1321 Hull St. about a year ago.

Investor-developer Charlie Westbrook has ushered in a new wave of tenants at his redeveloped buildings at 1309-1315 Hull St., including Pig & Brew and Brewer’s Waffles.

“There are so many people moving into that area, and the commercial development is going to have to follow,” Posner said. “It seems things are only going to improve as the area grows.”