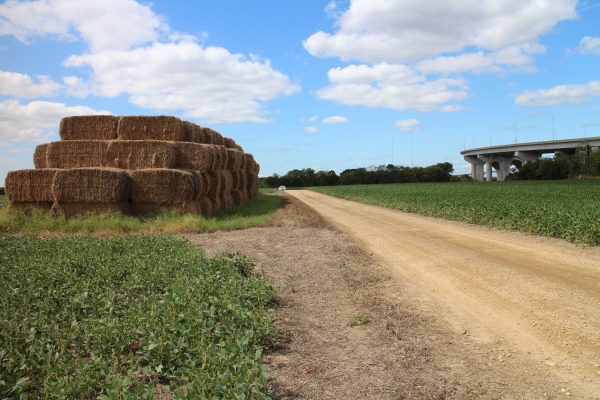 The farm straddles Pocahontas Parkway/Interstate 895, visible to the right. (Photos by Jonathan Spiers)

A Henrico County farm once planned for a 3,000-home development is now slated for public uses, including waterfront parks, school sites and a long-desired county history museum.

Henrico officials announced Thursday that the county will purchase Wilton Farm – a nearly 1,200-acre property filling a curve in the James River just south of Pocahontas Parkway – for $10 million from HHHunt, which had approval to develop an urban mixed-use development totaling 3,209 residential units. 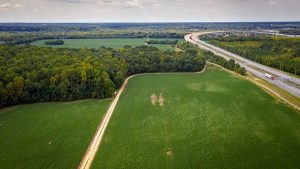 HHHunt had purchased the land – a wheat and tobacco farm dating to the mid-1700s – in 2005 for $18 million, officials said at a press conference on the property Thursday morning. A county assessment most recently valued the property at $10.6 million.

Plans for the property include a county museum, future elementary and middle school sites in proximity to Osborne Turnpike, and economic development sites on both sides of Pocahontas Parkway. The bulk of the land, which includes two sizable lakes and nearly three miles of river frontage, would be preserved as parks and for recreational use.

County Manager John Vithoulkas, who joined Varina District supervisor and board chairman Tyrone Nelson in making the announcement, said discussions with HHHunt began three or four months ago with a conversation between him and Kim Kacani, president of HHHunt Communities. 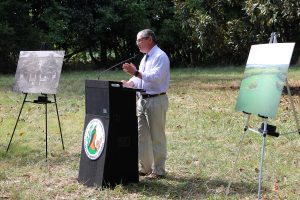 He said they were talking about the county’s desire for a museum to highlight its history when Kacani mentioned Wilton Farm, which HHHunt received approval in 2004 to develop but never did.

“Ultimately I came out here and just absolutely fell in love with what I saw and what was possible,” Vithoulkas said. “I went back and had a series of conversations with the board. This is a 50-year play, because what we’re talking about, all the future amenities, would be on a future bond referendum. There’s no funding for any of it other than the acquisition of real estate.” 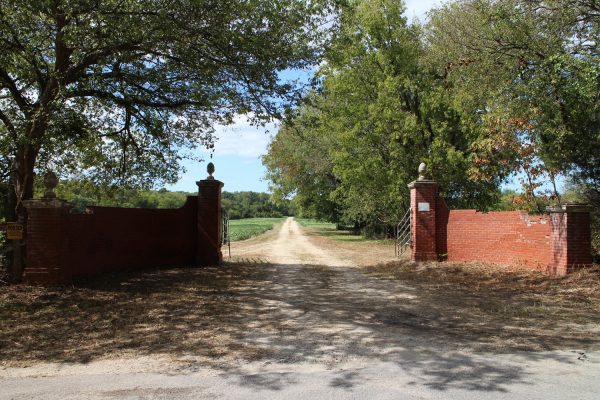 The entrance to Wilton Farm, across the street from Hadad’s Lake.

Vithoulkas said the $10 million will be covered by a bank loan that the Henrico Economic Development Authority will take out and the county will backstop. He said the county can do so due to recent budget surpluses, adding that preliminary numbers show the county’s operations last fiscal year exceeded revenue estimates by at least $65 million.

Pending board approval, Vithoulkas said the county has agreed to close on the purchase by the end of October. 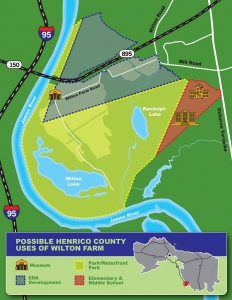 A map showing proposed uses for the farm. Click to enlarge. (Henrico County)

Reached Thursday, Kacani did not say why HHHunt never went forward with its development, named Wilton on the James, which called for a mix of residential uses surrounding a central “Towne Center,” along with sites reserved for county schools and parks.

“HHHunt has had a wonderful partnership with Henrico County for over 35 years,” Kacani said in an email. “We are excited by the County’s vision for Wilton Farm and are pleased to support them in this endeavor.”

“All of that money they sunk into this property, we’ll benefit from,” he said.

The deal comes on the heels of a years-long legal battle between the county and HHHunt over a disputed connector road between its Wyndham development and another community it is planning next door to it in Hanover County. The Supreme Court of Virginia last month upheld a lower court’s ruling in the county’s favor.

Asked about the two parties reaching a deal despite that disagreement, Nelson said: “We’re grownups. That’s really what it comes down to.

“We had a difference of opinion as it relates to one piece, but we won’t want a quarrel with this,” he said. 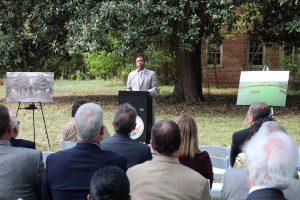 In his remarks, Nelson highlighted the Wilton property’s history, noting English settlers referred to it as “World’s End” when they arrived in the 1600s, due to its remote location, as well as the land’s use as a tobacco plantation. The 18th-century Wilton house, home of the Randolph family, was moved in 1932 to Richmond’s West End and is now Wilton House Museum.

“Several hundred slaves worked this land over the subsequent century,” Nelson said. “In the Revolutionary War, American troops led by Lafayette camped here. Much of this property remains as these individuals would have experienced it centuries ago. Clearly there’s a story to be told here and a tremendous natural resource to be preserved and enjoyed.”