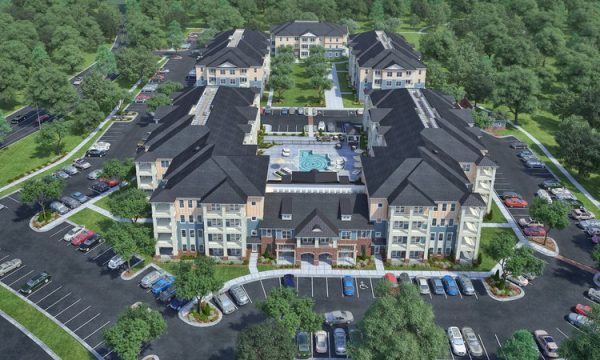 A type of residential development not often seen in Hanover County is set to rise on a site long planned for multifamily housing.

A group of area businessmen, including developers Todd Rogers and Mike Chenault, are moving forward with Stony Run Condominiums, a 171-unit complex planned to fill about 15 acres along Lakeridge Parkway north of Sliding Hill Road.

The site, across the parkway from LakeRidge Square Apartments, has been earmarked for multifamily development since 2011, when an entity called Mt. Air Partners LC received approval for a 160-unit project called Lakeridge Commons. 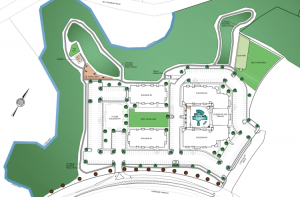 That project never went forward, and in 2017, Rogers’ and Chenault’s group Stony Run Partners LLC purchased the land for $1.9 million, county property records show. A county assessment most recently valued the property at over $1.3 million.

This summer, county supervisors approved an amendment to the previous zoning to allow an additional building with 11 more units, bringing the allowed total to 171. Site work is underway and about 85 percent complete, and Rogers said they’re aiming to deliver the condos by this time next year.

His and Chenault’s development firm, Rogers-Chenault Inc., is managing the project, though their homebuilding arm, RC-I Builders, which focuses on single-family houses, is not involved.

Breeden Construction, a subsidiary of Virginia Beach-based The Breeden Co., is the project’s builder, with Chesterfield-based CD Hall Construction serving as site contractor. The architect is Housing Studio of Charlotte, North Carolina, and Ashland-based Resource International is the site engineer.

The one- and two-bedroom floor plans will range from 900 to 1,400 square feet, respectively, with one-bedroom units starting around $230,000 and two-bedroom locations around $340,000. Each unit will be kept to one floor in the three- and four-story buildings, which will include elevators. 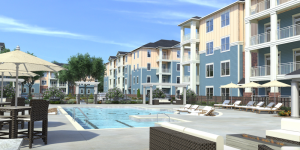 Amenities will include a pool.

Community amenities will include a pool, hot tub, fire pit, fitness rooms, a dog park and walking trails throughout about 5 additional acres that make up the site, much of those wetlands.

Rogers put the development cost at about $25 million. He said the project adds a new home-ownership option and price point to the largely rural county.

“It brings some affordability of new construction to our market,” Rogers said, adding that the units would appeal to first-time buyers as well as empty-nesters and second-home buyers.

“We’ve had two customers that are buying because they live in Florida but they come up here and visit their children six months out of the year, and they wanted a place where they don’t have to worry about maintenance while they’re away,” he said.

While not the first condos in Hanover – Rogers said his and Chenault’s previous projects include a 12-unit condo complex in Ashland – he described Stony Brook as the largest condo development so far in the county, where multifamily developments are not the norm.

No stranger to Hanover, Rogers-Chenault has been active in the county with projects ranging from a 130-unit townhome development for seniors to the 260-acre, 42-home Lakeview at Luck Farm.

The Mechanicsville-based firm’s other developments include Hickory Hill, spanning 1,800 acres and planned for 277 homes on 1-acre lots. The Ashland-area community is set to host next year’s Homearama, an annual showcase put on by the Home Building Association of Richmond.

Just what the area and Hanover County needs, more development that the existing infrastructure will not support. Hanover is determined to become like the west end of Henrico County, where the traffic is so bad it takes 30 minutes to go 10 miles to the grocery store; now THAT’S convenience (said no one, ever). Let’s get some commercial interest in the county to create some decent jobs instead. At least that would help ease the frustration of those of us who moved to the county decades ago to escape the west end and the very thing Hanover is bound and… Read more »