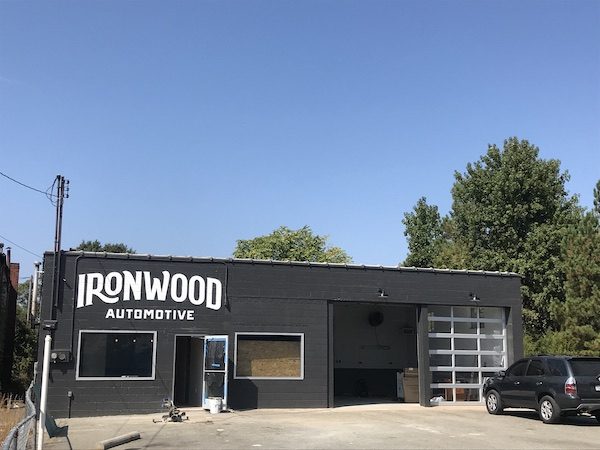 The new shop is opening at the site of the former Cosby’s Auto Service, which closed in recent years after four decades in business. (Mike Platania)

Industrial buildings in Scott’s Addition have become coveted sites for redevelopment. But the new owners of a property on Belleville Street are bucking the trend, and instead are opening a refreshed version of what’s been there for decades.

Married couple Kayla and Aaron Williams are preparing to open Ironwood Automotive at 1704 Belleville St., in the former home of Cosby’s Auto Service, which had operated there for over 40 years. The couple bought the 3,500-square-foot building in August for $490,000.

“I wrote a business plan a couple years ago, and I was trying to lease a property and just couldn’t find anything,” he said.

In January, their broker Heather Placer, then of Long & Foster but now of Shaheen, Ruth, Martin & Fonville, alerted them to the Belleville property, which was a confidential listing. Divaris Real Estate’s Cheryle Toy and Read Goode represented the seller. 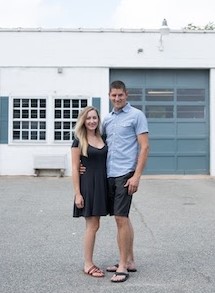 “We got the first look at it and quickly made an offer,” Williams said. “It was something we just couldn’t pass up. We saw Scott’s Addition as an opportunity to bring automotive service, in the way we’d like to do it, to a younger community.”

Ironwood aims to differentiate itself from other shops by being cleaner and more welcoming.

“We want to show people that automotive work can be done differently. It can be a clean environment, there can be no pressure and we want to make sure females feel the same way as males walking in here,” Aaron said. “No intimidation, no pressure sales. Just be somewhere people can come and get knowledge about their car but not feel talked down to or intimidated.”

Ironwood enlisted local ad firm 903 Creative to help with its branding, and the Williamses said they’re self-funding the whole project with a business loan from Village Bank.

Aaron will be the lead mechanic at the shop, and the couple said they’re looking to hire a service advisor and mechanic.

Another auto shop in the area recently became its own landlord across Broad Street from Scott’s Addition. In April, Cutshaw Automotive bought the land it sits on at 3105 and 3117 Cutshaw Ave. for $995,000.