River City Consulting finished a sponsorship commercial for Holiday Barn Pet Resorts that is playing before showings of “Superpower Dogs” at the Science Museum of Virginia Dome.

The Martin Agency released its first campaign work for CarMax since it landed the account in April. Called “The Way It Should Be,” the campaign includes two 60-second spots, “Stickers” and “Because You Matter,” featuring non-actors and various car-buying scenarios.

Martin and Discover announced they will end their working relationship at the end of this year after a 13-year run. In a release, Martin CEO Kristen Cavallo said that in that time, “A lot has changed in marketing and communications and it has become clear we have differing philosophies for the future.” The credit card company is conducting a search for a new creative agency of record.

Green Fin Studio moved its office to 530 E. Main St., Suite 220. The agency previously was in a space on the ground floor of the Hotel John Marshall building a block away. Green Fin hired Shirley Chu as a communications assistant. She previously was with the Consortium for Ocean Leadership in Washington, D.C. 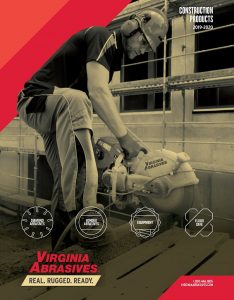 RBA worked on a brand refresh for Virginia Abrasives.

Randall Branding Agency picked up eight new clients. Doody Calls, a pet waste removal and disposal service based in Charlottesville, hired the agency for branding and marketing work. Virginia Abrasives, a flooring equipment manufacturer and distributor based in Petersburg, hired RBA for a brand refresh. 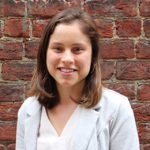 RBA hired Gabriela Baker as a project manager. She is a recent JMU graduate.

VCU Robertson School of Media and Culture announced next year’s inductees to the Virginia Communications Hall of Fame. The 2020 class includes Brian Ellis, an executive vice president at Padilla, and Cabell Harris, founder of Work Labs. The class will be inducted at a ceremony in March.

Addison Clark launched a website for Virginia is for Restaurant Lovers, a brand developed by Virginia Restaurant, Lodging and Travel Association with support from Virginia Tourism Corp. The site includes information, news, events and advocacy updates related to the Virginia restaurant industry. 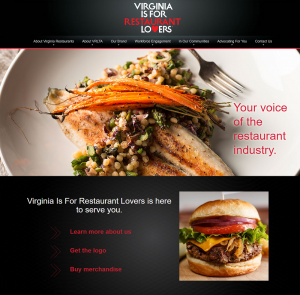 The King Agency launched a campaign for First Team Honda in Hampton Roads. Called “Don’t Waste Abe,” the campaign features a talking Abraham Lincoln on a $5 bill stating that $5 a day can purchase a new car from the dealership. The campaign includes a 30-second TV spot produced with Broadscope Media, social media teasers, digital and promotional materials.

Red Orange Studio provided brand strategy, naming and logo design for GoRelo, a relocation services company based in Stafford. The agency is working with Norfolk-based Sentara Healthcare to promote its Nutrition as Medicine event, with work including logo design, print and digital ads, promotional material and event collateral.