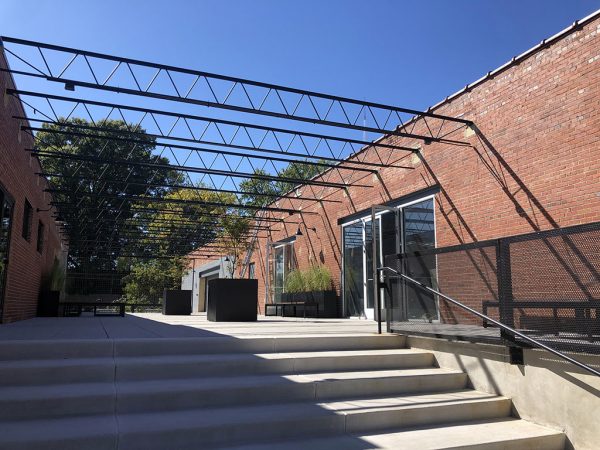 The courtyard is one of the Spur’s features that was added during redevelopment.

With one last round of tenants signed on, a new office redevelopment in Scott’s Addition has filled out.

The Spur, a project that converted the old Phipps & Bird manufacturing facility into modern office space at 1519 Summit Ave. and 3015 Moore St., is now 100 percent leased.

That milestone follows the signing of a deal with structural engineering firm Lynch Mykins, which is relocating to the city from Henrico County. 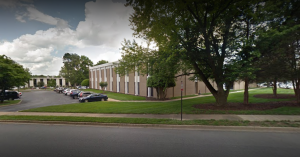 Lynch Mykins will be moving from its office on Santa Rosa road in Henrico to the Spur. (Google Maps)

The firm will take about 2,000 square feet at the Spur, about the same amount of space it has in its current office at 1503 Santa Rosa Road, near Henrico Doctors’ Hospital in the West End.

Garrett Braun, a project engineer in Lynch Mykins’ Richmond office, said the move was driven by the firm’s desire to be closer to downtown and to its clients in the city.

Based in Raleigh, North Carolina, Lynch Mykins has had a presence in Richmond for 25 years, part of which was through its previous incarnation as Stroud Pence. The firm’s Richmond operations are led by John Hancock.

The firm has 45 employees companywide, with six in Richmond. It also has an office in Virginia Beach.

Braun said the firm works on building across the mid-Atlantic and its current local projects include the new Starr Hill Brewery tap room at 3406 W. Leigh St. in Scott’s Addition, and a new 100,000-square-foot research building planned for the VA Bio+Tech Park at 706 E. Leigh St.

Braun said the firm expects to move into the Spur at the end of November and it’ll have room to grow its local staff to 12-15 people.

Lynch Mykins follows recent leases signed at the Spur by River Hills Wealth Management of Wells Fargo Advisors, which is leaving James Center for about 3,000 square feet at the Spur, and a 2,400-square-foot space grabbed by the local Crunch gym franchisee, run by entrepreneur John Freeland.

Developers Jason Guillot and Justin Paley partnered on the Spur, purchasing the property in late 2017 for $2.7 million. Construction crews have since been transforming the 35,000-square-foot building into various office spaces , a change in plans from what was originally planned to have a mix of commercial uses. 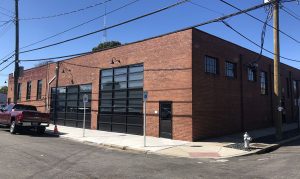 Work on the Spur began a little less than two years ago.

“Early on, we envisioned more of a mix of retail, but the demand for office pushed us in that direction,” Paley said of going to 100 percent office space.

Other recent lessees include IT staffing firm Daybreak IT Solutions and online broker dealer WealthForge, which leased 1,800 and 8,300 square feet respectively in the spring.

Earlier tenants were law firm Roth Jackson, construction company Whiting-Turner and private equity firm Blue Heron Capital, all of which have moved in.

Paley said four tenant spaces are still under construction and they expect all tenants to be moved in by December.

UrbanCore Construction is the general contractor. Fultz & Singh Architects handled the design. PermitZip did the plumbing, electrical and mechanical engineering.