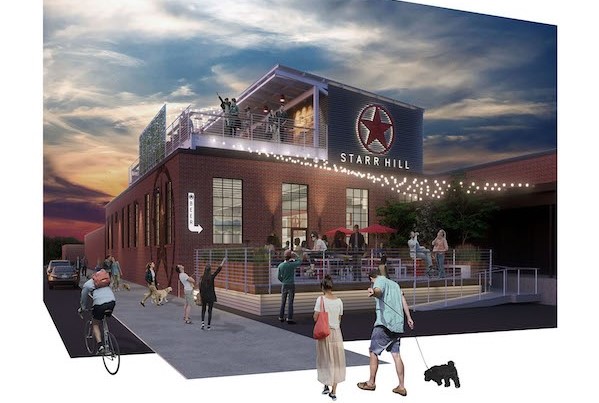 Starr Hill will open a brewery with a rooftop bar in Scott’s Addition this summer. (Courtesy Starr Hill Brewery)

After staying silent for more than eight months regarding plans for its first leap into the Richmond market, a Crozet-based brewery has announced details about the project.

Starr Hill Brewery on Wednesday revealed specs and images for the taproom it plans to open at 3406 W. Leigh St. in Scott’s Addition, which it has dubbed Starr Hill Beer Hall & Rooftop.

“We see Richmond as a mature craft beer market,” said general manager Allie Hochman. “We saw success with our Roanoke taproom, and decided to go for it in the biggest craft beer scene in the state.”

Hochman said there will be plenty of Richmond-exclusive beers brewed in the new spot, with a focus on wild ales, sours and lagers. The new facility will house a 10-barrel brewing system and five oak tanks.

“We’ll use (the oak tanks) to age the beer and introduce different tart and funky flavors,” Hochman said. “We have barrel-aged beers in the past but only in small runs. We haven’t done many sours or wild ales.” 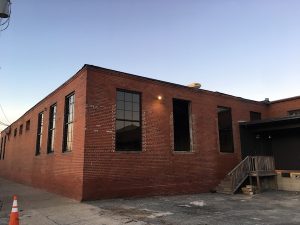 Starr Hill will have two bars at the Richmond location, one in the taproom and the other on the roof, each with 20 taps. There won’t be a canning or bottling operation, but Hochman did say they will be doing crowler fills.

She said the Richmond location will follow the tradition of Starr Hill’s Crozet and Roanoke taprooms in having a stage for live music.

Starr Hill will share the building with Tazza Kitchen, CloudBees and the Community Foundation. The 106,000-square-foot property is owned by Thalhimer Realty Partners.

Starr Hill is the latest in a line of breweries from the Blue Ridge Mountains to plant a taproom in Richmond.

Also en route to Scott’s Addition, which remains Richmond’s most brewery-dense neighborhood, is Strangeways Brewing. The Henrico-based company is working on a taproom at 3110 W. Leigh St., which would add to its flagship location on Dabney Road and satellite location in Fredericksburg.