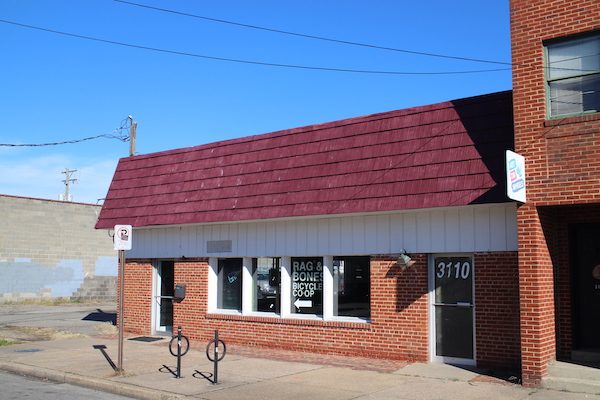 Another local brewer is joining the party in the city’s booziest neighborhood.

Strangeways Brewing has signed a lease to open a taproom in Scott’s Addition at 3110 W. Leigh St.

The outpost will be Strangeways’ third, joining its flagship location at 2277A Dabney Road and its year-old Fredericksburg location.

The nearly 6-year-old brewery will share its Scott’s Addition digs with barbecue joint Smohk in a space formerly occupied by bike repair shop Rag & Bones, which is now located at 607 Wickham St. in Northside. 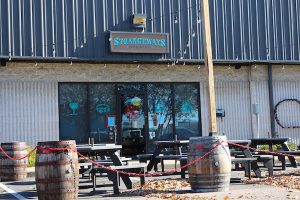 “Scott’s Addition has a different consumer base as it has become more of a retail market over the years, while our other two locations are in more industrial areas of town,” Burton said.

The 4,000-square-foot space also will have a production facility and outdoor patio. Burton said he’s not sure what size the brewing system will be, but noted that it’ll be smaller than the 10- and 20-barrel brewing systems in Fredericksburg and on Dabney Road, respectively.

Strangeways’ other breweries will continue operating as usual.

“We also have recently re-upped our lease on Dabney, and we have a long lease at our Fredericksburg location,” Burton said.

Since opening in 2013, Strangeways has grown its distribution footprint to cover much of the state, including Northern Virginia, Winchester, Charlottesville and parts of western Virginia. Locally, Strangeways distributes through Brown Distributing.

“We do have aspirations to expand our distribution footprint to incorporate the entire state of Virginia, but nothing in the works as of this very moment,” Burton said.

Burton said they don’t have a solid opening date for the Scott’s Addition location.

“We never put a date on an opening; it’s bad luck,” he said.

Just as Strangeways is heading to Scott’s Addition from the Westwood area, another local booze-maker is taking the reverse route.

Black Heath Meadery is preparing to open a production facility at 2004 Dabney Road as it changes its Scott’s Addition facility at 1313 Altamont Ave. into primarily a tasting room.