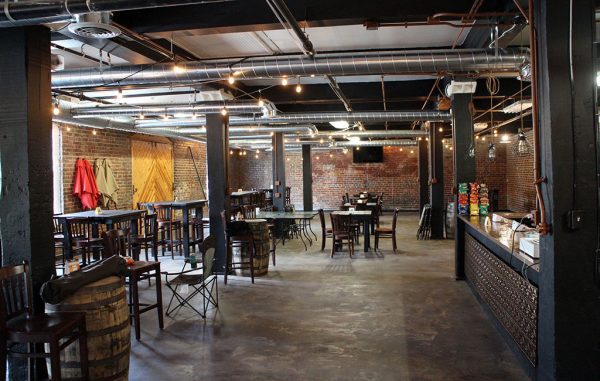 The brewery is located at 212 W. Sixth St. in the former Blue Bee Cider space within the Aragon Coffee Co. building. Blue Bee packed up and headed to Scott’s Addition last fall.

Husband-and-wife Jason and Debbi Price are partners in Twisted Ales. They originally hail from Southern California, and Jason, whose background is in IT, began entering his home brews in competitions but kept running into roadblocks.

“I was never into brewing in distinct styles. So I’d make a brown ale, but it’d be cloudy and look a little different, so I’d get docked for that,” Price said.

The ethos behind Twisted Ales was born. Price said Twisted Ales’ flagship beer of the summer is a mango pale ale.

They have a staff of eight, and the venture is entirely self-funded.

Another local brewery last month completed a homecoming of sorts in Fredericksburg. 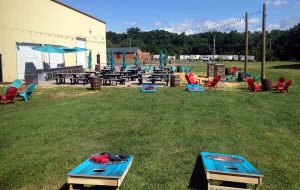 The satellite taproom opened at 350 Lansdowne Lane, the former home of Burton Menswear. Strangeways owner Neil Burton sat down with BizSense last fall to talk about moving into the building that once housed his family’s clothing business.

Strangeways’ habit of brewing small-batch, experimental beers will be on full display at its new location. Sales and marketing director Tonie Stevens said they can have up to 48 beers on tap, some of which call homage to Burton’s hometown of Fredericksburg.

“We came out with a Belgian farmhouse saison called The Homecoming, we wanted to make that the first brewed off the new system,” Stevens said.

Stevens said they’re also brewing a coconut vanilla porter dubbed the Hawaii 5-0, among other beers. Many of the experimental beers will be shared between Strangeways’ two locations.

Strangeways’ flagship brewery at 2277 Dabney Road will remain open and plans for Northern Virginia and D.C. distribution are in the cards, Stevens said.

And as Strangeways and Twisted Ales are pouring within the Commonwealth, one Richmond brewery is now being toasted across the pond.