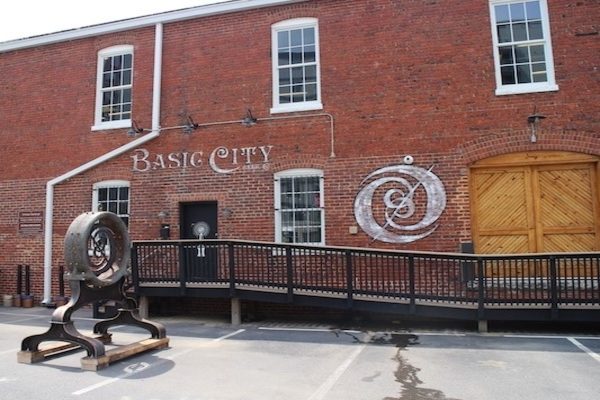 Prior to housing Basic City and Twisted Ales, the Manchester spot was home to Blue Bee Cider, which is now based in Scott’s Addition. (Mike Platania)

Picking up where a short-lived Richmond brewery left off, a Waynesboro-based beer maker has tapped its first satellite location in Manchester. 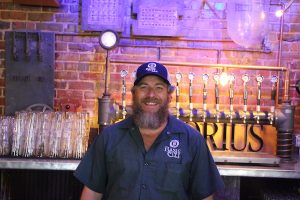 Bart Lanman, who founded Basic City in Waynesboro in 2016 with his brothers Chris and Joe, said the company is not yet brewing at the Richmond location, as they’re still waiting for their full licensing. It is, however, pouring beers brewed in Waynesboro through a banquet license.

“There was minimal buildout in here, but we’re still waiting for our TTB (Alcohol and Tobacco Tax and Trade Bureau) permit. Hopefully we’ll be brewing in the next couple of weeks,” Lanman said.

He added that Basic City has a few beers already planned for when it does fire up its newly purchased equipment, including a saison and multiple IPAs.

“We like to do beers on the whole spectrum so we have something for everyone,” Lanman said.

“We also have an Aragon coffee porter, since we’re in the Aragon Coffee building. It’ll be made with Blanchard’s (Coffee Roasting Co.) beans,” Lanman said. 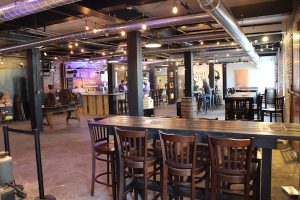 Minimal buildout was required in the space’s switch from Twisted Ales to Basic City. (Mike Platania)

The brewery also has Hops Kitchen, a Waynesboro-based food truck that uses Basic City’s beer in many of its recipes, parked in its parking lot to serve food for the duration of the soft open.

Basic City is currently open from noon to 10 p.m. Fridays and Saturdays, and from noon to 8 p.m. Sundays. Lanman said Basic City will move to being open Tuesdays through Sundays once it receives its permit. It has a staff of six for the opening.

Meanwhile, another beer-related project continues to be in limbo following a decision made north of the river.

On Monday, Richmond City Council voted to delay voting on whether to allow for the demolition of the Intermediate Terminal building at 3101 E. Main St. to make way for a bistro concept by Stone Brewing Co. It was the eighth time council has delayed voting on the matter.