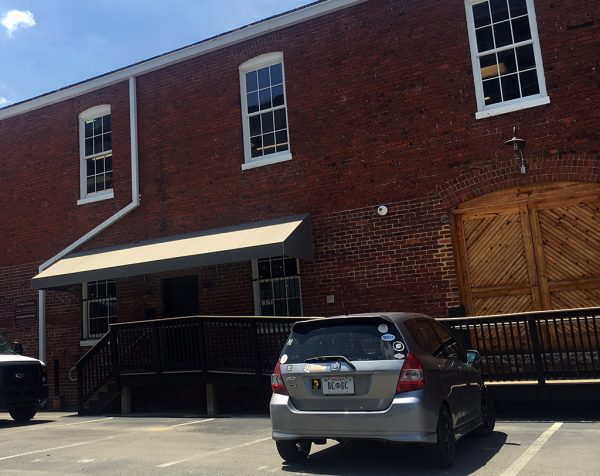 The “BCBC” license parked out front the former Twisted Ales space on Friday gave the first clue of who is taking over the building.

A brewery from the Blue Ridge Mountains is picking up where a recently closed Southside beer maker left off.

Waynesboro-based Basic City Beer Co. has struck a deal to take over the equipment and space left idle by Twisted Ales Brewing, which ceased operations at 212 W. Sixth St. in Manchester last month.

Basic City co-owner Bart Lanman said the deal closed Friday and will give the brewery its first satellite taproom outside its hometown.

Basic City’s flagship taproom is in Waynesboro, a small city about 30 miles west of Charlottesville. Lanman said they’d been looking for a second spot when he got a call about Twisted Ales’s assets being up for sale.

“We’d looked in Roanoke, Northern Virginia and of course Richmond. But this was quick; two weeks ago was when I found about it,” Lanman said. “I know some people in Richmond who gave me a call and said it’s a good deal and it’s going to go quick. It was too good an opportunity to turn down.”

Basic City is taking over Twisted Ales’ lease and brewing equipment, but the full terms of the deal were not disclosed. Lanman said they will not retain the Twisted Ales name.

He said they’re aiming to have the Manchester space up and running by Sept. 1, if not sooner.

Along with his brothers Chris and Joe, Lanman opened Basic City in a 16,000-square-foot building in Waynesboro in 2016.

The brewery is named for a mining company boomtown that was built in the late 1800s where Waynesboro now stands.

Basic City’s “The 6th Lord” IPA is its most popular brew in Waynesboro, Lanman said, and will be brewed at the Richmond spot, along with some experimental beers.

“We’re going to maintain our flagships, but we’re going to do some special batches and mess around with it as a pilot house. We’ll do some wild and crazy stuff,” Lanman said.

Basic City is signed with Blue Ridge Beverage for distribution in Waynesboro, but Lanman said they’ll likely hold off on distributing out of Richmond for now.

Basic City will be the third booze-based business to take over the 4,700-square-foot space. Blue Bee Cider left the space for Scott’s Addition in 2016 before Twisted Ales took it over last year.

It also will be the third brewery from the Shenandoah region to come to Richmond. In 2016, Charlottesville’s Champion Brewing and Three Notch’d Brewing Co. opened taprooms downtown and in Scott’s Addition, respectively.