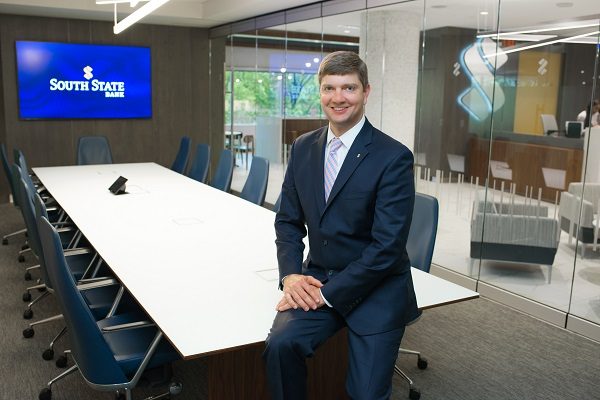 Less than two years into its run in Richmond, a South Carolina-based bank is bulking up its presence downtown. 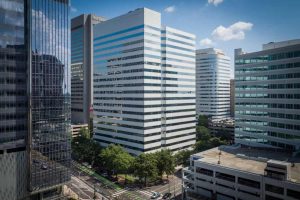 Cowgill said the bank is looking to capitalize on the added energy it noticed among its employees who moved into the new downtown space in the spring.

“The energy we felt that the team down here has, we felt like if we could bring everybody together here downtown, it could accelerate the feeling,” he said.

The added space will be filled by 20 employees who currently work in the bank’s Innsbrook office at 4222 Cox Road. They’ll add to 25 already downtown. Another 30 will continue to be spread around the bank’s seven area branches.

Cowgill emphasized that the move out of Innsbrook will not affect the bank’s Innsbrook-area branch at Broad Street and Dominion Boulevard, which will remain operational.

As for the bank’s building on Cox Road, Cowgill said it likely would look to put the property up for sale.

South State inherited the 24,000-square-foot building via acquisition, after it entered the Richmond market by taking over Park Sterling Bank. First Capital Bank, which was absorbed by Park Sterling, still is listed as the building owner, having bought it in 2010 for $3.5 million.

The building and its nearly 6 acres most recently were assessed at $2.74 million.

The new lease will give the bank the remaining vacant space on the second floor of the 21-story tower, which, along with its sister towers Two James Center and Three James Center, is owned by Riverstone Properties. 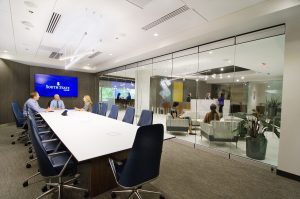 Cowgill said it wasn’t necessarily the bank’s original plan to take the remaining second floor space, but the need arose as it has continued its push in Richmond and as it settled into James Center.

“We always kind of had our eye on it and wanted to see how things would evolve,” he said. “It’s been really well received by our clients and the team and the business community, and the renovations that Riverstone has done are pretty spectacular.”

South State has hired architecture firm Baskervill to design the space. Cowgill said they hope work will start in the next 30 days, with the plan being to have employees in by March or April 2020.

Change is afoot elsewhere in One James Center. Healthcare giant HCA is moving its management offices into the former Bull & Bear Club atop One James Center, while restaurant chain Chopt Creative Salad Co. is opening its second metro Richmond outpost in the former Wendy’s location on the ground floor.