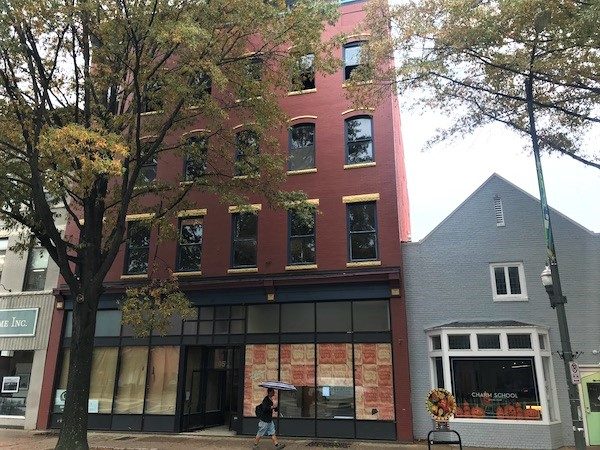 The Charlottesville-based company is raising nine figures of capital as work on its Richmond location ramps up. It will open to the left of Charm School Social Club in the Arts District. (Photos by Mike Platania)

The Charlottesville social club that’s building a new multistory location in downtown Richmond is looking to bring in some extra cash.

Common House, which opened its first club in 2017 near the Downtown Mall in Charlottesville, this week opened a $3.5 million capital raise, per SEC documents.

The effort comes as the company is building out its four-story, 25,000-square-foot social club and coworking space at 305 W. Broad St. The Richmond location would offer amenities such as an event space, coffee shop, bar, coworking and office space, and a rooftop terrace. 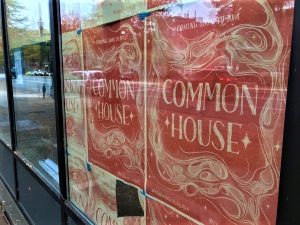 Founded by Ben Pfinsgraff and Derek Sieg, Common House signed a lease for the Richmond location last year and began renovating the space shortly after. Memberships at the Richmond spot will range from $67 to $150 per month.

“We are excited to grow and to do more for our members, which this fundraise will support,” Pfinsgraff said in a statement Wednesday. “Construction on House No.2 in Richmond is well underway. Our membership is open and growing quickly.”

He added that they’ve already begun booking 2020 events at the space.

Common House opened the raise Oct. 27 and has garnered $100,000 toward its target $3.5 million. The raise is structured as convertible notes that later can be turned into equity in the company.

The 300 block of West Broad has been a hot spot for investment this fall.

Earlier this month, men’s shirt company Ledbury, which is based at 315 W. Broad St., closed on a $4.5 million capital raise.

Good article, but a minor nit: the reference to “nine figures of capital” in the photo caption suggests $100 million or more of capital, as only the digits left of the decimal point are counted in this commonly used bit of financial terminology.