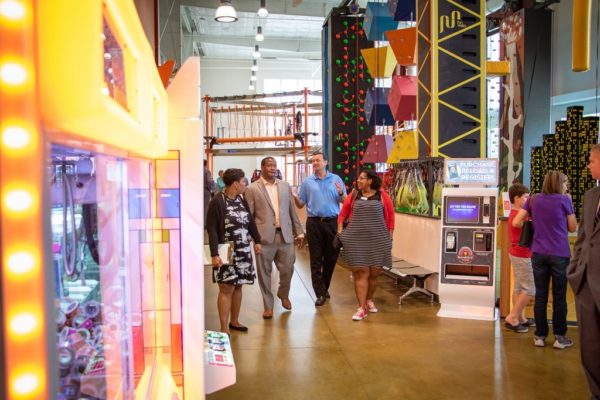 County officials are slated to enter into negotiations with local firm The Rebkee Co. for a public-private project to design, construct and operate the sought-after arena, proposals for which have been reviewed and resubmitted since an RFP went out in mid-2018. A resolution authorizing the talks between the two sides is on county supervisors’ agenda for their meeting this Tuesday.

Rebkee was among six respondents who submitted proposals, two of which were given initial consideration. But the county this year requested more-detailed proposals from the respondents because their previous responses did not specify locations in which the respondent had a property interest.

According to the board paper, the county received detailed proposals from Rebkee, Eastern Sports Management LLC and MEB General Contractors. Consulting firm The Working Group has reviewed the proposals and recommended that the county enter into negotiations with Rebkee, with concurrence from County Manager John Vithoulkas.

A public hearing on the three proposals is to be held at a later date.

The resolution that will be heard Tuesday does not indicate whether the Rebkee proposal is the same or significantly changed from what the firm initially submitted last year. Calls Friday to Rebkee principals Dan Hargett and Rob Hargett were not returned, and county officials declined to discuss the matter ahead of Tuesday’s meeting.

Rebkee’s initial submission was a joint proposal with Richmond-based construction and development firm Hourigan Group. Sections detailing project location and characteristics and financing were redacted from a version made publicly available on the county’s website.

The arena’s location has been a sticking point in the county’s review up to this point. The county had been looking at locating the arena in the vicinity of the Richmond Raceway complex along Laburnum Avenue, but discussions over a proposed site there fell through this summer, according to media reports at the time. 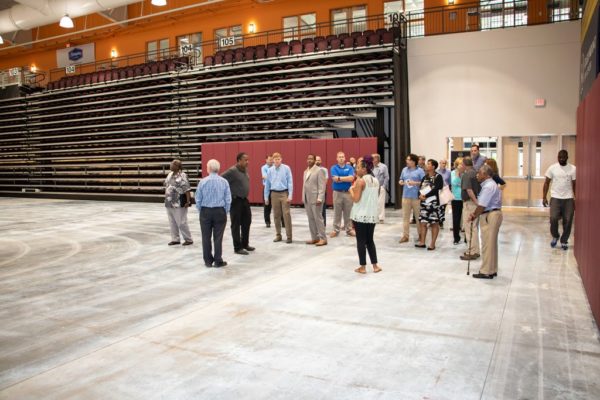 In August, the board and administrators traveled to North Carolina to tour the Rocky Mount Event Center, joined by the county parks and rec advisory commission and Richmond Region Tourism.

Following that tour, supervisors directed Vithoulkas to seek the more-detailed proposals, which were to include a controllable site for the center and the price the county would pay for the land.

Other firms listed in Rebkee’s proposal were architecture firm HKS, engineering firm Timmons Group, and mechanical engineer Pace Collaborative. A structural engineer had not been selected.

Rebkee is already active in Henrico with several projects, including its collaboration with Thalhimer Realty Partners on the mixed-use conversion of Regency Square mall.

Henrico plans for the arena to accommodate basketball, volleyball and other indoor sports, to capitalize on the county’s steady sports tourism numbers. Last year, sports tourism accounted for $54 million in local economic impact, according to the county, which hosted more than 170 tournaments at its parks and sports complexes. The county’s on track to hit 180-plus tournaments this year.

The facility also would host high school graduations, currently held at VCU’s Siegel Center. Without a comparable indoor venue, the county projects that it’s missing out on $33 million in estimated annual spending from sports events specifically.

Tuesday’s board meeting starts at 7 p.m. An update on the project will be presented to the board at a work session to be held at 5 p.m.

Dear Henrico: Please build a multi-use arena so that the city of Richmond doesn’t screw up another dubious large-scale development project. I wonder if the same plan Mayor Stoney proposes would even get out of committee in Henrico.

How do you think Short Pump Town Center was built? It was built using a very similar financing method including bonds the County would have been on the hook for had the projected revenues not been there. I believe other projects in the County have been done that way as well.

And the Henrico County board has earned the benefit of the doubt for this type of Project. Seriously asking: What project has Henrico county undertaken that was a complete disaster like 6th Street? Or that the county got pantsed over like the city did on the Redskins training camp? Or that had the terms of a deal rewritten by the other party, as Stone Brewing seems to be doing? Or ended up in limbo like the Shockoe Farmers market, slavery museum, or replacement for the Diamond? I will say, none of these things happened under Stoney’s watch, but I can’t… Read more »

I love how people bring up the 6th street market place all the time. When did that get done? Are any of those that were on council then even still alive? The Counties have been involved in the Diamond as well because it is/was owned by a regional authority. They are working more towards a resolution of that now, but as most people I will also wait till it is actually built till I believe it. The slavery museum falling apart had nothing to do with the City and everything to do with a certain ex-mayor/governor that the City should… Read more »

Chesterfield bought Cloverleaf Mall out from under a religious entity to keep it from reducing tax income to the county. And there is certainly more taxable real estate there now than there was when the action was taken.

Here We Go. That area will turn into a very dense High Traffic Grid-Lock area. If it isn’t bad enough during Rush Hour already. Everybody will be DUMPING into the same old roads as more cannot be built. Real Estate Prices will go up, and Taxes will surely follow, especially Real Estate Taxes. Other prices fpr good and services in the area will also follow. The Middle Class and other native citizens of the area will be driven out of the area over time. THIS NEVER ENDS WELL. Unchecked development/growth is not good for any area. Too many people crowded… Read more »