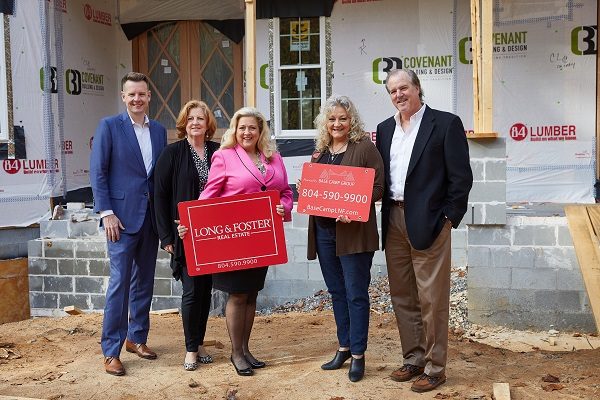 A national real estate brokerage is enlarging its regional footprint, picking up sales efforts in two Chesterfield County developments while also expanding its reach outside Richmond.

Long & Foster Real Estate is now handling sales in Chesterfield’s Chesdin Landing and Summer Lake subdivisions, and recently picked up an agent team in Farmville that gives the brokerage a satellite office there.

Both arrangements resulted from what regional manager Brian Haug called “agent enterprise” offices, in which sales teams in areas beyond Long & Foster’s reach join up with the company. That allows it to expand its presence without needing to invest in a new brick-and-mortar office.

“They’re really satellite offices,” Haug said. “It started going into rural areas or a place where we maybe don’t want to go out and invest in brick and mortar. A lot of them are mom-and-pops and don’t have the technology, the tools or a network to be a part of, but they are really good at knowing the local economy and people and players, so it’s a good partnership for us.”

With Chesdin Landing and Summer Lake, Long & Foster is working with developer Scott Camp, whose sales office is now called Long & Foster Base Camp Group. Camp is retaining his Base Camp Realty company to continue his land deals, but closed his Chesdin Realty arms to turn its office into a Long & Foster outpost.

Camp, who said he’s known Haug for about 20 years, said the association will benefit both communities, noting Long & Foster’s affiliation with Christie’s International Real Estate, and its brand recognition and marketing reach.

“With Long & Foster’s Christie’s, they’ve got a high-end division, and there are some things I didn’t have,” Camp said. “I didn’t have a relocation company, a couple other venues that Long & Foster has that I don’t have with a smaller realty company.”

The Base Camp office, which will operate out of Chesdin, is led by Long & Foster broker Nancy Steinke, who is working with Base Camp agents Susan Harrison, Michele McKinney and Holly Pond.

Chesdin totals 3,000 acres with water frontage along Lake Chesdin and an 18-hole golf course. It is planned for 700 homes, including a 70-home 55-and-up section that’s slated to start soon. 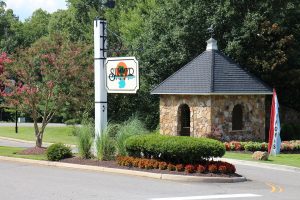 The entrance to Summer Lake off Otterdale Road. (Jonathan Spiers)

The arrangement also will have Long & Foster handling home sales in new sections of Summer Lake, a 300-acre development in Chesterfield’s Moseley area. Builders who already have sections in Summer Lake will continue to sell their own homes, Camp said, while Long & Foster will help with sales in other sections that he plans to open up.

Haug, who once lived in Chesdin Landing and owns a house there, said the new office setups are mutually beneficial, which is a reason why they don’t involve a long-term contract. Agents hang their hats with Long & Foster and transfer their listings under the brokerage, and commission splits are arranged as they are with agents in the company’s traditional offices.

“They get the broker leadership and basically become agents with Long & Foster. We help with signage and marketing efforts to get the word out of the partnership, and they become like a full office underneath our umbrella,” Haug said.

Late last month, Long & Foster opened a similar office in Farmville, where it’s picked up an agent team, including father and son Sid and Lee Smyth, who are leading the office along with Celina Beachly. Long & Foster’s Becky Hatch is the office’s managing broker.

Haug said the Farmville setup helped get the “agent enterprise” office model rolling, with Sid Smyth as among the first to enter into such an arrangement.

Haug, second from left, with the Farmville team.

The expansions follow other moves the company has been making with its offices in the Richmond area specifically.

Earlier this year, it reopened its renovated and expanded Grove Avenue office, capping off investments made in other offices across the region, including to its Harbour Point office in Midlothian, its Tri-Cities Southpark location in Colonial Heights and its Virginia Properties office on Libbie Avenue. Improvements also included renovations to its Strawberry Street office in the Fan.

The company has more than a dozen offices in metro Richmond, including one in Church Hill that it opened last year. Companywide, Long & Foster totals more than 200 locations stretching from North Carolina to New Jersey.

Other players in Richmond’s residential real estate scene have been expanding their regional reach as well. This summer, One South Realty Group’s Bay Properties affiliate opened an outpost in White Stone in Virginia’s Northern Neck.