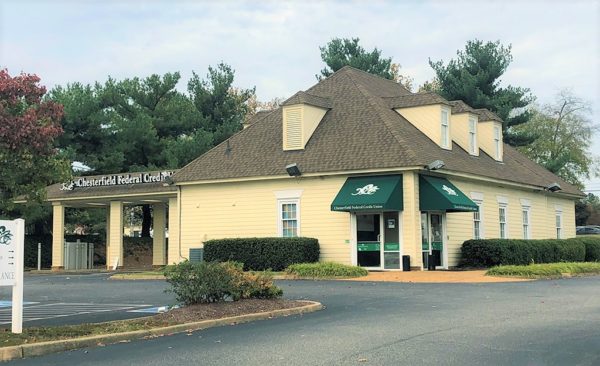 CFCU’s branch on Midlothian Turnpike will remain open as part of the merger with VACU. (Michael Schwartz)

A small local financial institution founded nearly 60 years ago to serve employees of the Chesterfield County government is looking to be absorbed by the region’s largest credit union.

Chesterfield Federal Credit Union, which has $90 million in total assets, earlier this month announced its plan to be merged into the $3 billion Virginia Credit Union.

The deal is expected to close in spring 2020. No money would change hands.

Chris Miller, executive vice president at CFCU, said the move is driven by changing times in the world of small credit unions.

“We’re a small credit union and it’s gotten difficult for credit unions of our size to maintain the economies of scale with changes in regulation, compliance and technology,” Miller said.

“Members are demanding more from their financial institutions,” he said. “Our board decided it was the time to look for a merger partner that could provide all these things for our members.”

CFCU members still must vote to approve the deal at a planned meeting in January. Miller said the target date for the merger is April 1.

The deal calls for two of CFCU’s three branches – at 6737 Public Safety Way and 13601 Midlothian Turnpike – to become VACU locations. CFCU’s other branch at 4900 E. Millridge Parkway is on the chopping block due to its proximity to two existing VACU locations, as is its operations center across from the Chesterfield County Airport.

Miller said there’s no guaranteed employment being offered to CFCU’s 45 workers, though they are invited to apply for any open positions at VACU. That includes CFCU chief executive Gene Dodson.

“I think anytime you decide to merge with another it’s going to be a little tough,” Miller said. “But we also have to realize that it’s really our job to do what’s in the best interest of our membership.”

CFCU was founded originally as Chesterfield Employees Federal Credit Union in 1963. It grew slowly over the years, not building its first true brick-and-mortar branch until the 1990s.

“We’ve grown with the county,” Miller said. “I’ll hear stories of us being in a trailer outside the firehouse.”

Today it has 12,000 members, many of whom use the credit unions for car loans, credit cards and personal loans, which are CFCU’s bread and butter.

Miller said the merger isn’t fueled by any financial stress, but rather looking ahead to the future, as it doesn’t foresee being able to continue to produce the type of income needed to stay competitive in a changing market. 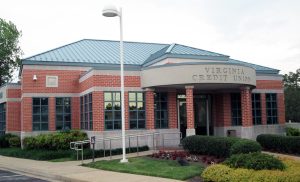 At $3.7 billion in total assets, VACU is the largest credit union based in the Richmond region by far. It has 286,000 members and broader reach thanks to expansions of its field of membership through the years.

VACU spokesman Glenn Birch said while CFCU members are not required to join VACU, the hope is that the merger will be a good fit for all involved.

“We’re optimistic it will be a good thing for the membership of both sides,” Birch said.

Birch said the organization has taken on smaller credit unions in a similar fashion over the years, the last such deal coming in 2015 when it absorbed Sperry Marine FCU in Charlottesville.

The CFCU deal is a far less controversial deal than VACU’s other pending move to expand its charter to be able to offer services to the 10,000-member Medical Society of Virginia.

That application sparked a regulatory battle with banks from around the state, which see the tax-exempt VACU as becoming too “bank-like” while not having to pay the same taxes as for-profit banks.

VACU’s application initially was approved by the state’s Bureau of Financial Institutions, but the process was put on hold to allow banks to argue their case.

That matter is now playing out before the State Corporation Commission and likely is headed to a hearing before the SCC’s three-judge panel.