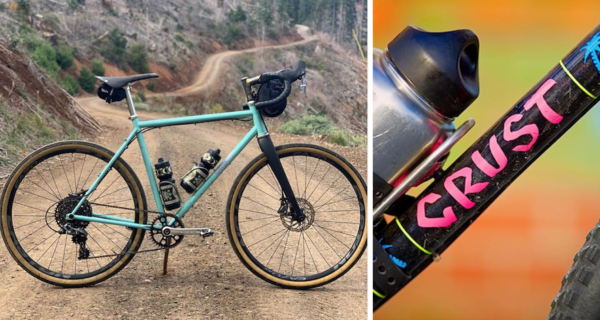 Crust’s bikes are built for on- or off-road riding. (Courtesy Crust Bikes)

A small company that makes bicycles built for long hauls is making the trek from New Jersey to Richmond.

Crust Bikes is moving its headquarters to the city’s Southside. It’s taking over a 1,900-square-foot building at 3416 Hull St.

It bought the property, formerly home to Commercial Caulking Co., in late October for $75,000, per city property records. The 5-year-old company will leave its current home in Belmar, New Jersey. 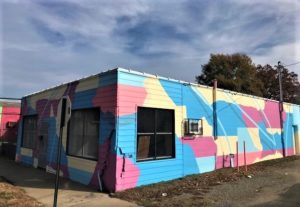 Crust Bikes is moving from New Jersey to 3416 Hull Street. The bike manufacturer bought the building for $75,000. (Mike Platania)

Crust’s bikes are designed for bicycle touring, a kind of long-distance riding where the cyclist carries their gear with them on trips that can span thousands of miles and months of time.

Sydney, Australia native Matt Whitehead is Crust’s founder. He said he got into bike touring while on a surf trip in Mexico, when all of his money was stolen electronically.

“So I just bought a bike for 10 bucks, and the closest person I knew to Mexico geographically was in Austin (Texas),” Whitehead said. “I rode there and I just liked bike touring.”

The company was formed a few years later, while Whitehead was on a bicycle tour in Nepal, riding a heavily modified bike. He thought he could build a better one.

“It still wasn’t really what I wanted (out of a bike),” he said. “Crust was originally formed when I was in Nepal. Every time I got WiFi at a restaurant or a hostel or something, I’d use my iPod Touch and work on it.”

Crust bikes are typically made of steel or titanium, and have mounts for cargo racks and can fit large tires. They’re manufactured in Taiwan and in the U.S. The company also makes other bike parts and apparel.

Whitehead runs Crust with his wife, Cheech, and said they chose to leave New Jersey and head to Richmond in part because of the city’s price-point for real estate.

“We drove cross-country over the summer and looked all over. I had some friends in Richmond so I’d been there before, and on our way back across I saw that place on Hull Street,” Whitehead said.

“There’s a good bike scene, good food and we’ve got some friends there. It ticks most of the boxes.”

Whitehead was in town recently to begin work on the space, which will be home to Crust’s operations and inventory. A friend repainted the facade of the building, and Whitehead said he’s doing the renovation work on the building himself.

Whitehead said he’s aiming for Crust to move into Richmond in February.

Interesting choice to store and manufacture expensive bikes and I get the real estate is dirt cheap but the HVAC mini split for their building is in a steel cage and the adjacent contractor has wire around the top of the fence for their parking area. And then you have the Jack Rabbit’s store across the street famous for the hand shooting robbery last month. All the best; I would have looked at least in Northside closer to VUU/Chamberlayne but price is important. .

He does not seem to need any foot traffic, he should be fine. Also, it’s near the new apartments so it should eventually come up.

I wouldn’t leave my door unlocked there at night, but that area is changing fast. You go 5 blocks diagonally and you are in redeveloped “Forest Hill” For 75k I think it was a smart move.

Practice with me…. “Congrats Matt, welcome to Richmond”

Welcome to Richmond! The more you discover this city the more you’ll fall in love. You’ll find the world is within 90 miles in any direction. Best of luck Matt and Cheech!