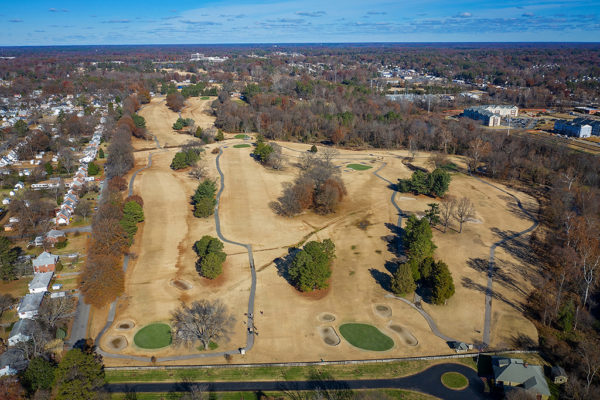 The century-old Belmont Golf Course soon will be transformed as part of an ambitious $4 million plan led by a local nonprofit.

The First Tee of Greater Richmond on Tuesday was awarded the contract to take over management of the Henrico County-owned course, after pitching a plan to modernize Belmont by converting its current 18 holes into a six-hole short course and a 12-hole course that would rely on many of the bones of its original design from 1916, as well as adding a driving range and practice areas.

“We’re dealing with a unique piece of property,” said Brent Schneider, CEO of the nonprofit. “Our vision is to create a new Belmont that will be an affordable, inclusive public golf facility that’s open to all … where the history of American golf meets the future of American golf.”

First Tee, which already operates an 18-hole course in Chesterfield and a six-hole course in the city, would pay for the upgrades using at least $3.25 million in privately raised capital already pledged by its donors, plus $750,000 set aside by Henrico.

The plan was approved Tuesday night by the county Board of Supervisors, after First Tee’s bid was chosen by the county Department of Recreation and Parks as the top respondent to an RFP issued in August. First Tee was one of the five that made a pitch for the contract.

The contract awards First Tee a lease to operate Belmont, which sits at 1600 Hilliard Road, for at least 20 years. It would take the keys to the course Jan. 1, and immediately close it for play to begin renovations.

Schneider said the group expects work to be completed by spring 2021.

The deal ends the uncertainty of Belmont’s future, which had been up in the air in the face of consecutive years of financial losses and the county declaring it wanted to be out of the business of running a golf course. 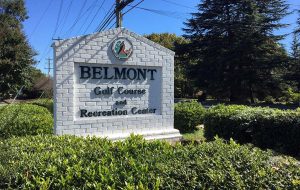 First Tee’s plans would look to satisfy both the county’s desires and the nonprofit’s goal of getting golf in front of more of the region’s youth. It also will likely please golf enthusiasts, some of whom have publicly sought to preserve Belmont’s heritage, including the remnants of its original designer, famed course architect A.W. Tillinghast, and its status as the only course in Virginia to ever host a major PGA tournament – the 1949 PGA Championship won by Sam Snead.

Neal Luther, director of Recreation and Parks, said Belmont’s bid stood out above the rest for going beyond just what was asked for in the RFP.

“First Tee is basically saying we’ll come in right now with $3.2 million in privately raised capital up front, leveraged with our $750,000. No operator could touch that,” Luther said. “No other private entity could make economic sense out of putting $4 million into that course up front.”

The county’s goals included maintaining Belmont as a golf course, making it less of a liability to taxpayers and serving a broader spectrum of the local golf market.

A requirement in the RFP was for a new operator to come to the table with a plan to boost youth golf participation at Belmont. Luther said no other respondent came close to First Tee on that front.

“Belmont is doing less than 300 youth rounds on an annual basis. That’s terrible,” Luther said. “A private operator in our opinion wasn’t going to come in and change that much.”

While the RFP didn’t envision closing the course through 2021, Luther urged patience from the community.

“The key is people are going to have to be patient because First Tee is coming forward with a complete renovation,” he said.

Schneider said First Tee has been watching patiently the last two years as the county plotted the best route for Belmont’s future, before deciding on an RFP. That process played out while attention was paid to Belmont’s ties to Tillinghast, whose courses are beloved by many golfers.

“We were kind of watching from the outside,” Schneider said. “We, like all golf enthusiasts, understand the importance and history of Belmont and really respect it.”

Schneider said Belmont will complement the group’s other two facilities: The Elson Redmond Memorial Driving Range at 400 School St. in the city’s Northside, and The Tattersall Youth Development Center at The First Tee Chesterfield Golf Course at 6736 Huntingcreek Drive.

Schneider said adding Belmont to First Tee’s territory in the region will allow it to accomplish one of its goals – that of giving more kids the opportunity to play golf beyond the curriculum First Tee provides in schools.

That all led to the nonprofit making a run at the RFP.

“We’re in over 40 schools in Henrico County. It’s an awesome facility. We said, ‘Heck, let’s throw our name in the hat and see what happens,’” Schneider said. 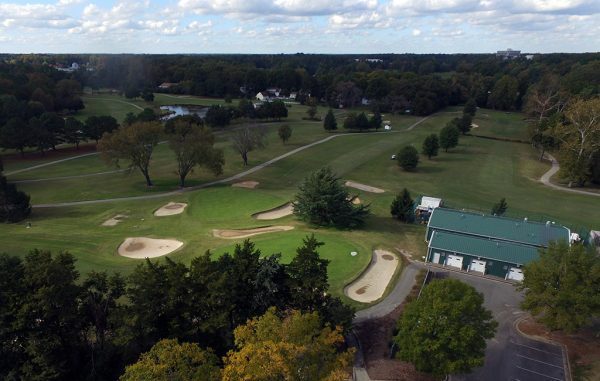 The new course is slated to open in the Spring of 2021. (BizSense file photo)

In devising its pitch to make Belmont successful in the future, Schneider said First Tee looked to current examples of courses that are experimenting in alternatives to the traditional 18-hole course in the face of changing tastes in golf toward faster rounds.

Those include the nine-hole reversible Bobby Jones Golf Course in Atlanta, and the nine-hole Sweetens Cove Golf Club in Tennessee.

Twelve-hole courses are also a trend.

“We feel like this is the future of the game,” Schneider said.

The changes to Belmont will be designed by Love Golf Design, run by former PGA pro Davis Love III. The firm’s Scot Sherman will handle the design. His work includes the Birdwood Golf Course in Charlottesville and the Olde Farm Golf Club in Bristol, Virginia.

“It will be a 12-hole championship course that in our view will be spectacular,” Schneider said. “This is going to be a big-time golf course. Though only being 12 holes, in our opinion it could be some of the best holes around.”

Schneider said they are not yet ready to unveil more specific design elements, other than to say Belmont’s holes will be updated with modern play in mind, while appreciating the elements of the course Tillinghast envisioned.

Other pieces of the plan could include walking paths for neighboring residents to access and upgrades to Belmont’s clubhouse to accommodate retail operations and space for First Tee’s youth activities.

The money for the renovations is already committed, with at least $3.25 million pledged from donors, Schneider said, without naming any of the benefactors.

“We have a group of very interested donors,” he said.

That’s on top of funds set aside by the county, $500,000 of which already had been earmarked to pay for necessary bunker improvements. Another $250,000 from the county will come in two years, according to the terms of the RFP, which also calls for the county to forgo any lease payments or revenue share from the new operator.

The lease includes operations and maintenance of Belmont’s 18-hole course, practice putting area, pro shop, snack bar and meeting space. It does not include the neighboring county-owned tennis courts, rec center and surrounding parking lots, which Henrico would continue to operate and maintain. The county will retain ownership of the overall 125-acre property.

First Tee would be required to contribute annually a minimum of 5 percent of Belmont’s gross operating revenue equal to or above $1 million into a capital reserve escrow account. That account would be set aside for capital improvements and major repairs over time.

Schneider said that First Tee’s nonprofit status allows it to focus less on turning a profit. He said only 30 to 35% of First Tee’s total annual revenue comes from running its golf courses day-to-day. The rest comes from special events and private support.

“We don’t expect that model to change,” with the Belmont arrangement, he said.

But he does expect Belmont to be a viable operation going forward.

“We’re not doing it for profit, but we do anticipate our first steady year would be profitable, but certainly not at the level that would be worth the investment we’re making,” Schneider said.

THIS IS GREAT NEWS, BELMONT IS A DIAMOND in the ROUGH, I hope First Tee leaves the option to play 18 holes???

How with only 12 holes. I would prefer they do a 9 hole with staggered tees to allow for 18 holes.

This AWESOME news !! I am S – – – -0 glad First Tee (and Brent Scheinder)
is “stepping up” and I know y’all will close the deal and make playing Belmont enjoyable again.
I started playing golf at Belmont in the ‘70’s and still play it and have always enjoyed it.
I’ve played both the Chesterfield and Richmond courses and LOVE ❤️ IT !! I have played the Augusta Frist Tee course and had lots of FUN-N
with my sons and grandsons .
GOD BLESS 🙏🙏🙏🏌️‍♂️⛳️

This is not good news. One third of a historic golf course will be destroyed to put in a training facility that is totally redundant to the First Tee Facility on School Street in the City of Richmond. This article is totally biased toward the statements made by Henrico County and The First Tee. There are no quotes from the hundreds of golfers who signed the petition and attended meetings to support keeping Belmont intact.

Isn’t every golf course a training facility? Isn’t this course owned by the county? It would seem logical that every county owned recreation facility should be used to the benefit of the most citizens. Are baseball and softball fields limited to the experienced and/or older players? No. Do the basketball courts limit themselves to any particular age? Wouldn’t the training of the inexperienced (young and old) ultimately grow the sport and the usage of Belmont? At least the different First Tee courses are different, as opposed to a typical basketball of baseball field. That seems to minimize the redundancy argument.… Read more »